Andrew is a vibrant young tuba player, whose career has taken him across Europe as both a performer and teacher. 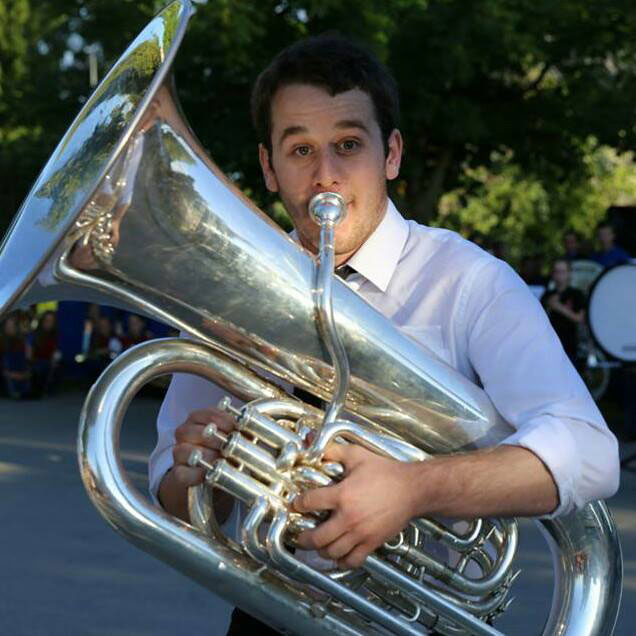 Closer to home, he is Head of Brass with the Young National Schools Symphony Orchestra, and Tuba Lecturer in Cardiff University. He also works regularly as a tutor in schools, and has tutored brass ensembles in Royal Welsh College of Music and Drama, as well as the RWCMD Junior College.

Andrew is enjoying working as a freelance orchestral player, working with orchestras including Welsh National Opera, BBC National Orchestra of Wales, Sinfonia Cymru and Southbank Sinfonia. He has recorded with artists including Cerys Matthews and Gwawr Edwards, and recorded the soundtrack to Dr Who with BBCNOW.

As a soloist Andrew has won many competitions, including the Linda Mowat Solo Brass Prize, and the RWCMD Concerto Competition with his performance of Derek Bourgeois’ epic 45-minute long tuba concerto.

Andrew was then given the honour of performing a world premiere of a new concerto written for him by Gareth Wood.