The Bornean rainforest is a crucial enclave for endangered wildlife, under threat from habitat loss and poaching. Using their expertise in mapping habitats, researchers at Cardiff's Danau Girang Field Centre (DGFC) determined how the Bornean elephant, Bornean banteng, proboscis monkey and Sunda clouded leopard use fragmented forest in Sabah. This led to new, state-backed conservation measures and investment to protect these four key species.

Funding for forest recovery and replanting

The DGFC's research provided critical evidence that new approaches to forest management were needed to safeguard all four species. Together with Sabah Wildlife Department (the key government authority for wildlife protection), they created State Action Plans outlining key steps to support each species. Their recommendations included:

The Sabah Government invested £7 million over a ten-year period to carry out these steps, and began the first phase of reforestation in 2019, planting a million trees on over 4,000 hectares of degraded forest. Meanwhile, the DGFC team is working with the local community to replant forest, along with its partner KOPEL Bhd, an NGO (non-governmental organisation) representing four local villages and supporting sustainable livelihoods.

The Action Plans also serve as a framework for replanting by other NGOs and the government. In 2020, the Rhino and Forest Fund and the Sabah Wildlife Department bought a 65 hectare oil palm plantation to replant. This will reconnect two key areas of protected forest and benefit Bornean elephants and bantengs. 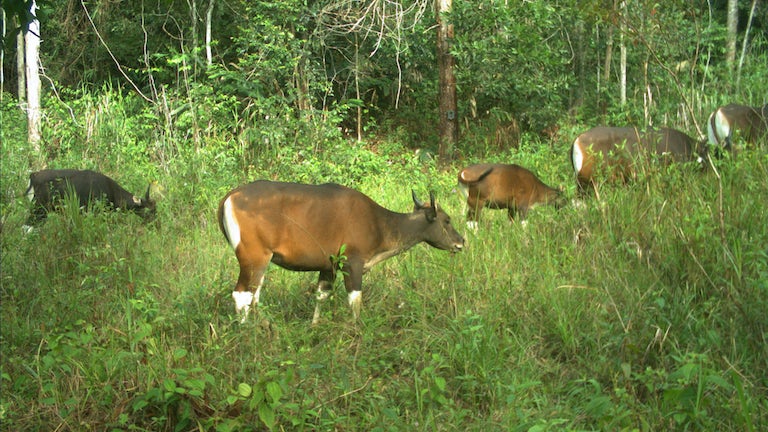 The Sabah Forestry Department is home to the Protect Team, which monitors two million hectares of protected conservation areas and aims to reduce illegal forestry activities and encroachment on forest reserves, poaching and wildlife trafficking.

In June 2019, as a result of the enforcement recommendations in the Action Plans, the Sime Darby Foundation awarded £750,000 to the Protect Team. The 25 new rangers and crime analyst employed as a result boosted the Team's capacity to reduce poaching, especially within the forest reserves.

A further £750,000, awarded by the US State Department's Bureau of International Narcotics and Law Enforcement Affairs, funded a new Sabah Wildlife Department Intelligence Unit. Through the creation of a new wildlife genetic forensic lab, and a wildlife crime database, the unit will be able to supply international agencies with details of illegally trafficked animals or forest goods.

In 2020 alone, 200 enforcement operations were carried out, resulting in approximately 70 arrests, successful prosecutions for possession of elephant tusks and the confiscation of £560,000 worth of illegally-obtained forest products.

How they did it

The DGFC researchers analysed the spatial ecology of the four endangered animals. Using camera traps, satellite, GPS telemetry tracking and LiDAR technology, as well as drones, they were able to model how each species used the forest. This provided evidence that protecting both mature and degraded forest, as well as replanting trees to make wildlife corridors (allowing animals to move between segments of existing forest) were all fundamental to their survival.

Cardiff’s research into the Bornean elephant’s movements led Professor Goossens, as DGFC Director, to campaign strongly against the planned construction of a bridge over the Sukau river, which would further fragment the elephant’s habitat. This campaign raised the profile of the issue, attracting Sir David Attenborough’s support, and as a result, the bridge was scrapped.

Based on DGFC’s research data, and following advice from Coalition 3H (Humans, Habitats, Highways), an alternative route for the Pan Borneo Highway is now being considered by the Sabah government. The Highway was due to cross mangrove forest reserves which the Cardiff team had identified as the last remaining habitat of the proboscis monkey, as well as forest reserves critical for the Bornean elephant and Sunda clouded leopard. Building the Highway in those areas would have damaged these important habitats and led to a decline in the endangered species. 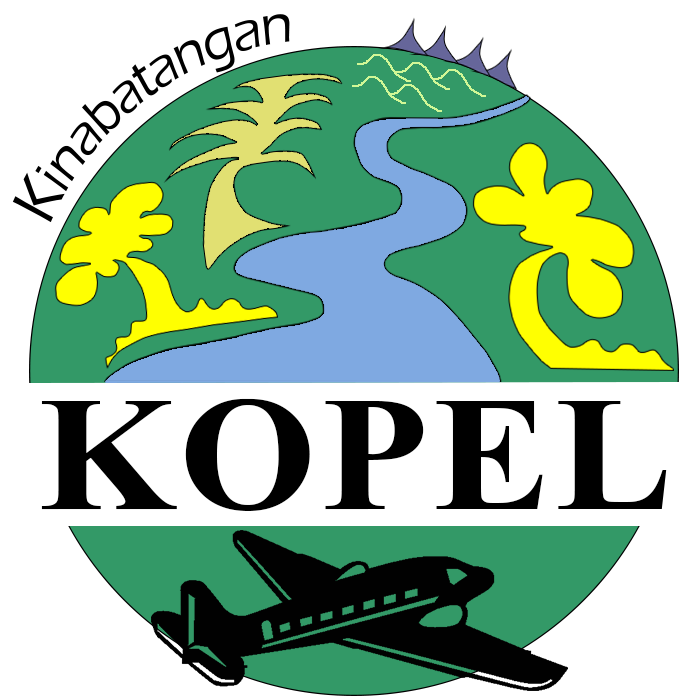 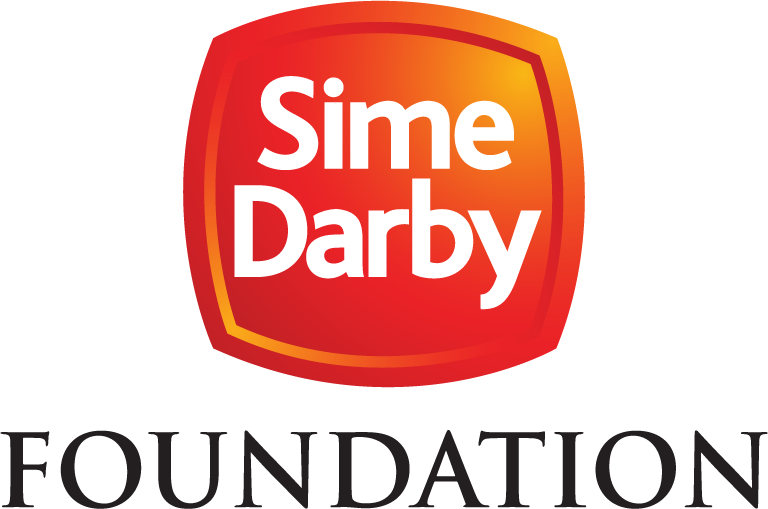 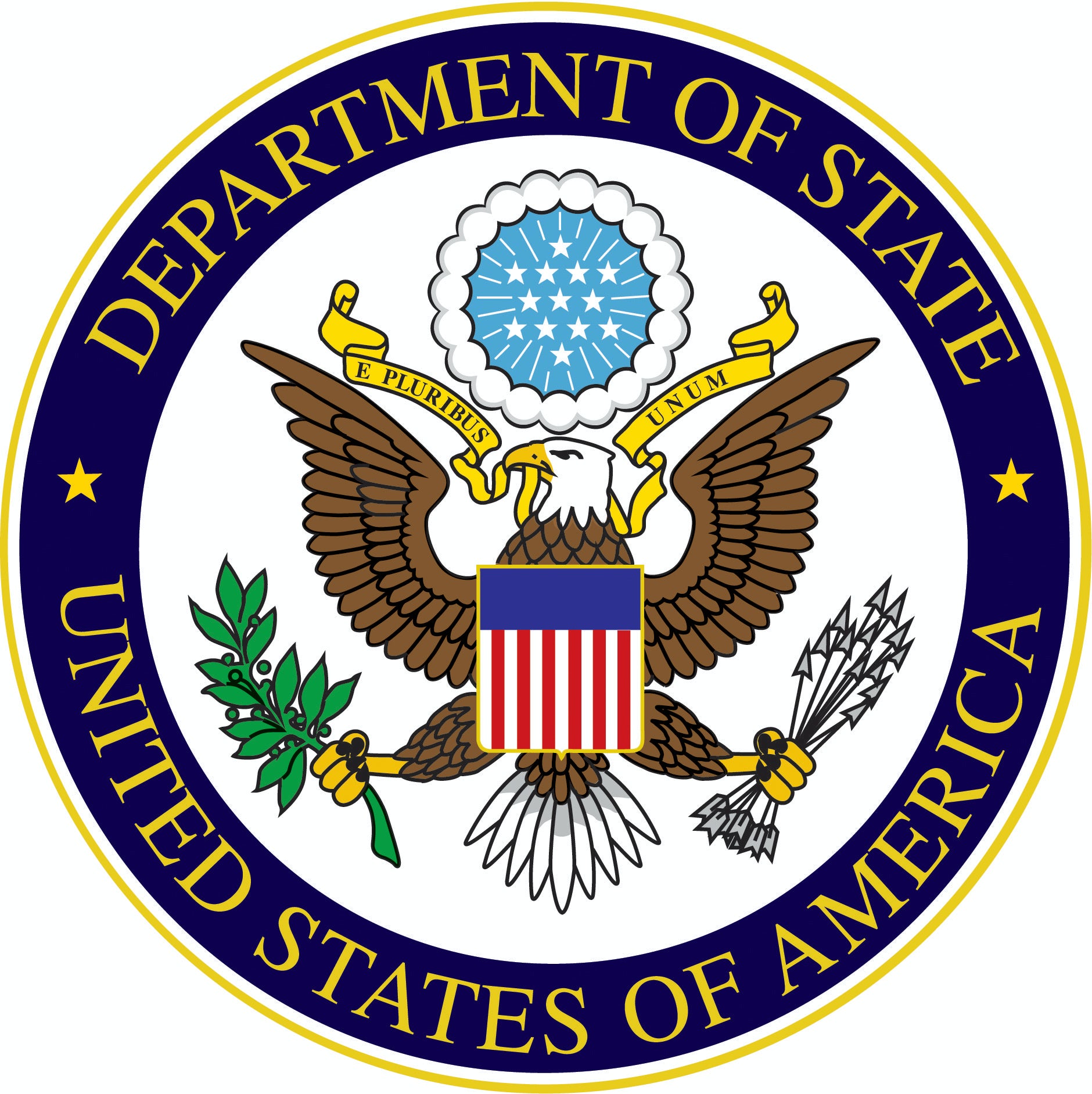 Bioscientists have a vital role to play in finding solutions to the world’s biggest challenges – and with our world-leading research, innovative teaching, and a supportive and welcoming atmosphere, there has never been a better time to join our School.

We are proud to hold the Athena SWAN Silver Award and we continually strive to ensure gender equality.