The Butetown Mile is organised by Healthcare Sciences Lecturer and PhD student Sarah Fry, a former uro-oncology clinical nurse specialist. Sarah works closely with the local Butetown community as part of her PhD research into perceptions of prostate cancer risk in African and Caribbean men in South Wales.

The Butetown Mile, one of only three nearly straight and flat one-mile courses in the world (along with the Champs Elysees in Paris and New York's Fifth Avenue), started in the 1980s and went on until the 1990s when it attracted some of the best runners in the UK before petering out. Working with Communities First Sarah relaunched the event in 2014 as a way of re-engaging local people with their communities, as well as with the University.

"It has been a pleasure to get to know the people of Butetown and working with them to re-launch the Butetown Mile.  Engagement with this community had provided me with vital insights into differences in structure and pace of living that has guided the research process and interpretation of my findings. Most importantly, it feels that the Butetown Mile is growing from within the community and I saw that this year with an increase in sign-ups for the run from the area.  I will treasure the memory of an elderly man of African origin saying to me, during the organisation of the run, “this is good, what you are doing, this is good for our area.”  Very wise."

64 runners of all abilities and ages took part in the 2014 event, with the numbers rising to 179 fun and elite runners taking part this year. 37 elite runners finished the course within seven minutes - several getting close to that elusive four-minute mile. 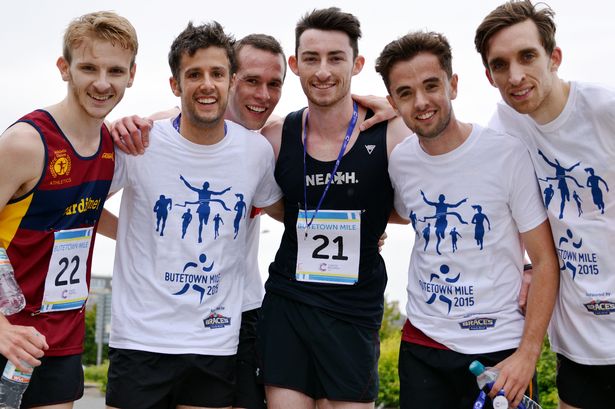