Investigating the social, economic and environmental impact of festivals.

Investigating the social, economic and environmental impact of festivals.

The FRG was set up in 2016 to bring together academics at Cardiff University and key stakeholders to undertake collaborative research on the festivals scene, and to consider urgent questions on the future of festivals.

Festivals are a key part of British culture and economy. Festival audiences are growing and the festivals landscape, both urban and rural, is dynamic and diverse:

"Festivals are big business: one recent report by UK Music puts the total direct and indirect spend generated by ‘music tourism’ for festivals in the UK in 2014 at more than £1.7 billion, sustaining over 13,500 full time jobs (based on 232 music festivals, UK Music 2015." - From Glyndebourne to Glastonbury: The Impact of British Music Festivals (2016)

Given economic, social and technological changes, festival organisers are considering what festivals of the future will look and be like. How will they be enjoyed, perceived, organised and developed? And how will they impact on society and the environment?

The key focus for the FRG is music and arts festivals; members of the group have substantial experience working with and at festivals such as Glastonbury, Green Man and Hay Festival as well as at food-themed events. The FRG is keen to connect academic research with the experiences of festival goers, organisers, performers and other stakeholders. Festivals also present researchers with different platforms for engagement and the sharing of research through participatory methods.

The FRG’s pilot project sees Cardiff researchers working with John Rostron and the Sŵn Festival. John is the co-founder of Sŵn, this annual urban contemporary music festival occurs each October in venues across Cardiff and in 2016 celebrated 10 years of making the city come alive. John is also the vice chair of the Association of Independent Music Festivals, which currently holds its annual congress in Cardiff. The FRG has received seed-corn funding from REACT (the AHRC-funded Research and Enterprise in Arts and Creative Technology initiative) to explore the impact of Sŵn festival on the audiences, the city and the music scene.

Watch a short video about Sŵn Festival and the FRG's collaboration on the Sŵn Music Museum, featuring John Roston (1.35mins in) and the leader of the research group, Dr Jacqui Mulville (6.30mins in).

Watch a video about Sŵn Festival and the FRG's collaboration on the Sŵn Music Museum, featuring the leader of the research group, Dr Jacqui Mulville.

This is an interdisciplinary research group made up of people at Cardiff University from the Cardiff Business School, the School of Music, the School of Geography of Planning, the School of History, Archaeology and Religious Studies, and the School of Journalism, Media and Culture. We are also affiliated with the Creative Cardiff Research Network.

Those in the research group are currently taking part in joint projects and outputs. Please see below for a selection of previous work by some of the researchers. Dr Jacqui Mulville has also published an open access piece for The Conversation on 'What will future archaeologists think of Glastonbury?'. 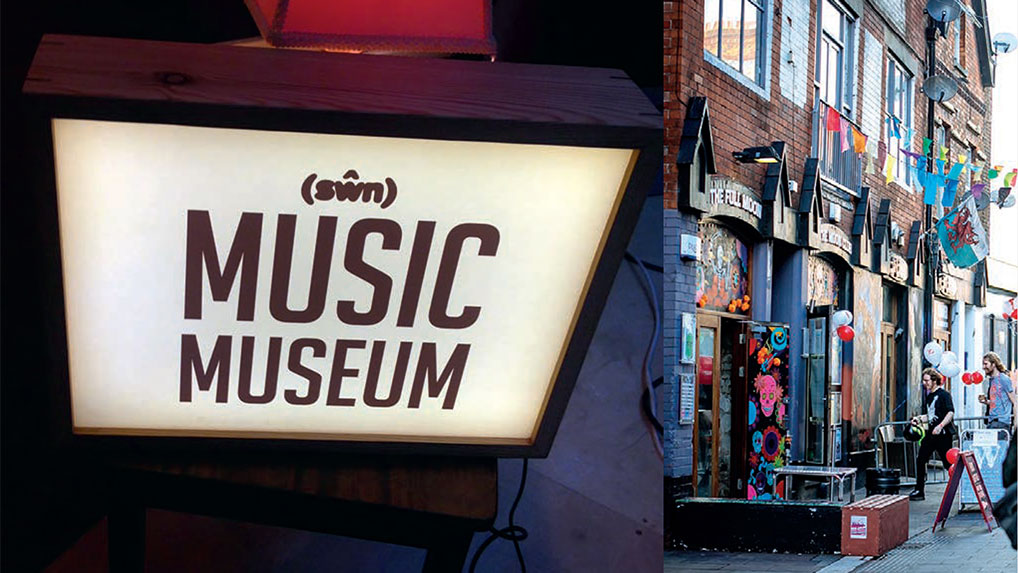 Our 2017 report based on the pilot project with Sŵn is now available to download.

During this pilot project, we also worked with StoryworksUK to record interviews with some of the people visiting the Sŵn Music Museum.

A selection of these interviews are available on the Storyworks UK website.

Professor in Bioarchaeology, Director of Research and Impact

Emeritus Professor in the School of Journalism, Media and Culture

Watch a video about the Creative Cardiff Research Network.