Skip to main content
School of Earth and Environmental Sciences

Addressing the environmental impact of hydrocarbon extraction on continental margins

Our research has helped global oil and gas companies to explore and extract hydrocarbons more safely and efficiently, resulting in economic benefits of over £500M.

Deep-water continental margins, which occur 500–2,500m below sea level, are promising regions for extracting oil and gas. However, high drilling costs and the expense of meeting environmental standards are ever-present problems for deep-water exploration, with failed wells accounting for billions of pounds of annual losses.

Our researchers developed new geological models that explain the migration and accumulation of oil and gas on deep-water continental margins. This research has made the production of hydrocarbons easier, safer, and less costly, while avoiding the drilling of areas close to CO2 conduits from deeper parts of the Earth’s crust.

A layer or a series of layers of sedimentary rock, known as strata, is diachronous if it varies in age in different areas or cuts across time planes.

Dr Tiago Alves was the first to acknowledge a progressive, diachronous evolution for strata deposited during continental breakup, which led to the definition ‘breakup sequences’ and formed the basis of industrial research collaborations across the world.

His research found that breakup sequences consist of prolific hydrocarbon reservoirs and source intervals at sub-surface depths in which smaller quantities of carbon dioxide, methane, and other naturally occurring gases are expected.

Breakup sequences are found on many continental margins, including in regions, at present, experiencing early ocean expansion, such as Mexico, Djibouti and Ethiopia.

Researchers from the School of Earth and Environmental Sciences collaborated with leading oil and gas companies, Petrobras and Partex Oil and Gas Group, on two major hydrocarbon projects in the Lula Field in Southeast Brazil and Pará-Maranhão Basin in Equatorial Brazil. The resulting research enhanced our understanding of the structure and evolution of the lithosphere underlying continental margins, highlighting the economic benefits of drilling breakup sequences.

Cardiff University also led a consortium to analyse fault families in West Africa and associated reservoir successions deposited during continental breakup. The insights led to widespread changes in exploration strategies for the companies involved and contributed to a wider, more complete knowledge of key oil and gas prospects in the region. This research shifted the emphasis from deeper ‘syn-rift’ prospects on continental margins towards younger, shallower strata within breakup sequences. As a result, the production of hydrocarbons has become safer and more cost effective, with a smaller environmental impact. 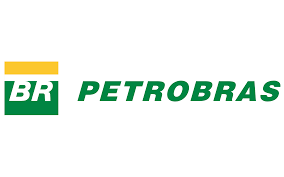 School of Earth and Environmental Sciences

We are committed to achieving the highest standards in research and education and to providing an environment where all staff and students can achieve their full potential to the benefit of society.

We are proud to hold the Athena SWAN Bronze Award and we continually strive to ensure gender equality.