On February 12th, the Cluster of Excellence, "Unifying Concepts in Catalysis" (UniCat) presented Dr. Rebecca Melen with the 2016 Clara Immerwahr Award. Dr. Melen was selected as this year’s winner of the award for her “outstanding contributions to the field of inorganic chemistry, in particular for the use of main group elements instead of transition metals for catalytic reactions”. This prestigious award recognises the outstanding achievements of a female scientists at an early career stage of their research.

The award ceremony was held at Technische Universität Berlin (TU Berlin) where Dr. Melen spoke about her current research: “Main Group Catalysis: A Transition Metal Alternative?”. On receiving the award, Dr. Melen said: “I am thrilled to hear that I have been honoured with the Clara Immerwahr Award. The award provides a great opportunity to study at the UniCat Centre in Berlin where I will explore some new avenues of research”. Dr. Melen will use the €15,000 prize money for collaborative research projects with researchers at the Cluster of Excellence UniCat. The aim of the proposed work is to develop chiral aluminum catalysts for enantioselective transformations.

In a further success, Dr. Melen has also recently been awarded an EPSRC Award through their “First Grant” scheme to kick-start her research program, and this will help to further establish her exciting areas of research.

The Clara Immerwahr Award is named after the highly talented young researcher who became the first woman to earn a doctoral degree in physical chemistry at a German university. 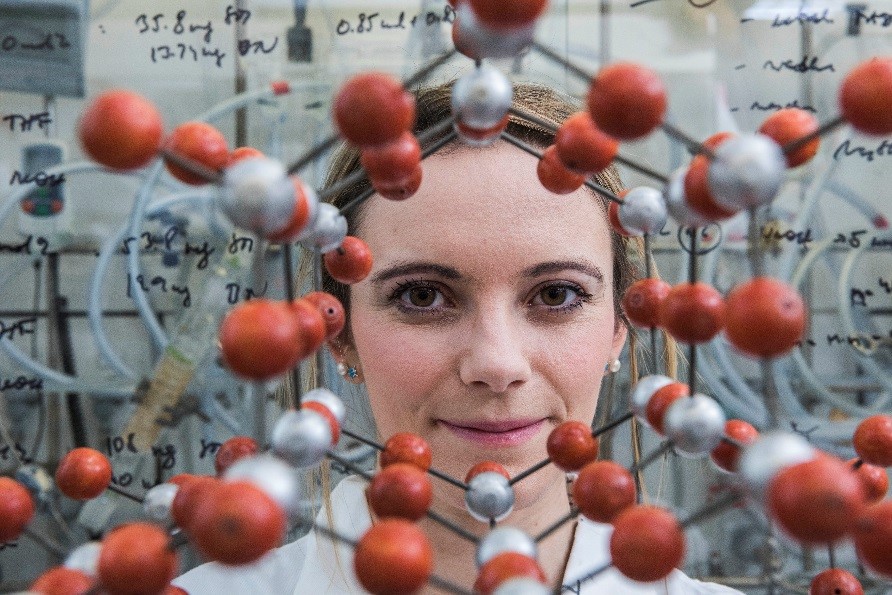