Why study this course

By combining Welsh and Philosophy, you will gain a wealth of transferable skills and knowledge, opening the doors to a variety of career paths. The Joint Honours degree gives you the opportunity to specialise in two subjects and you will find they often share issues and perspectives.

The Welsh course is relevant to contemporary Wales and delivered by a school noted for its research quality and impact. The course aims to produce graduates with a thorough academic and practical understanding of the Welsh language, its literature and culture, a high level of skill in written and spoken Welsh and well-developed employability and creative skills relevant to modern Wales.

There are two related aspects of the philosophy course at Cardiff that mark it out among Russell Group universities. One is that there is a strong emphasis on ethics, politics, and aesthetics among the modules on offer. The other is that our research and teaching is spread equally across both the ‘analytic’ and ‘Continental’ styles of Western philosophy.

As a joint honours student, you will find that often there are complementary issues and perspectives that link subjects, be they critical analysis, historical contexts or recent research.

NOTE: This joint degree programme is usually available only to those who have studied Welsh as a first language at A-level. If you have not done this but feel your Welsh is of an equivalent standard, email cymraeg@cardiff.ac.uk.

The distinctive features of the course include: 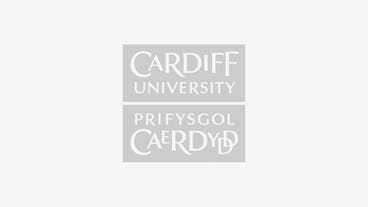 We are committed to the development of language, society and identity in contemporary Wales through teaching and research of the highest standard.

Powered by pioneering research, we celebrate curiosity, engage in informed debate and critical analysis, and encourage creative thinking - across and beyond our disciplines.

BBB-BBC including a B in Welsh First Language. Please note, Critical Thinking and General Studies will not be accepted.

Extended Project Qualification: Applicants with grade A in the EPQ will typically receive an offer one grade lower than the standard A level offer. Please note that any subject specific requirements must still be met.

The Welsh Baccalaureate Advanced Skills Challenge Certificate will be accepted in lieu of one A-Level (at the grades listed above), excluding any specified subjects.

DD in BTEC Humanities or Social Science subjects plus grade B in A Level Welsh First Language.

Achieve IB Diploma with 665 in 3 HL subjects plus a Welsh First Language qualification.

Other UK qualifications may also be accepted, often in lieu of A-levels, but subject requirements must be met. If you are offering non-UK qualifications, our qualification equivalences guide should allow you to calculate what kind of offer you are likely to receive.

Please be aware that this is a general guide, and that some programmes may have more detailed or specific entry requirements which will be reflected in your offer.

Find out about our Schools' admissions criteria, offer guarantee scheme, changes to programmes and translating your documents.

At least 6.5 overall with a minimum of 5.5 in each subskill.

At least 90 overall with minimum scores of 17 for writing, 17 for listening, 18 for reading and 20 for speaking.

At least 62 overall with a minimum of 51 in all communicative skills.

Please visit our English Language requirements page for more information on our other accepted language qualifications.

You are not required to complete a DBS (Disclosure Barring Service) check or provide a Certificate of Good Conduct to study this course. If you are currently subject to any licence condition or monitoring restriction that could affect your ability to successfully complete your studies, you will be required to disclose your criminal record. Conditions include, but are not limited to:

Learn about our tuition fees

Financial support may be available to individuals who meet certain criteria. For more information visit our funding section. Please note that these sources of financial support are limited and therefore not everyone who meets the criteria are guaranteed to receive the support.

Learn about our tuition fees

Financial support may be available to individuals who meet certain criteria. For more information visit our funding section. Please note that these sources of financial support are limited and therefore not everyone who meets the criteria are guaranteed to receive the support.

You will not need any specific equipment.

We have a range of residences to suit your needs and budget. Find out more on our accommodation pages.

This is a three-year full-time degree, consisting of 120 credits a year. You’ll study six 20-credit modules a year, split equally between Welsh and Philosophy.

The modules shown are an example of the typical curriculum and will be reviewed prior to the 2020/21 academic year. The final modules will be published by September 2020.

The emphasis in year one Welsh is on developing key skills (linguistic, analytical, creative and employability) in the fields of language and literature, and all students follow a set number of modules with an appropriate number of contact hours. The School will also provide additional arrangements for second language students to develop and practise their language skills.

Normally, students who have studied A-level Welsh as a second language follow the second-language route, but we will consider your linguistic skills, both oral and written, before deciding which route you will follow.

For the first-language route the core modules are:

For the second-language route the core modules are:

In year two Welsh, you will build on the skills and knowledge acquired in year one. The core linguistic elements of the course focus on language skills within both an academic and a vocational context, and include a period of work experience in a workplace in which Welsh is used on a daily basis.

Alongside these core elements, the Welsh course offers optional modules in years two and three in Welsh language, literature and culture, including several with direct relevance to specific fields of employment, such as language planning, scriptwriting and translation.

Your second year in Philosophy is designed to build on the foundation of year one through more focused modules that provide a more solid grounding in particular areas. There are no compulsory modules in year two. You will be encouraged to follow the interests you developed in year one, but also consider what you would like to take in the following year.

In Welsh, it is compulsory to choose one of the following modules:

You will have a choice of an essay or project of 5,000 words (20 credits) or 9,000 words (40 credits), to be completed under the direction of a member of staff who is an expert in the relevant field. This may lead to further research or provide an effective showcase for potential employers. You will also choose more optional modules.

Year three in Philosophy is a ‘research-led’ year, where the modules on offer reflect the current research activities of the staff who teach them, building on the themes studied in year two. You will read and think about the very same texts that the module leader is currently thinking and writing about.

There is also the opportunity for independent research in the dissertation module.

The University is committed to providing a wide range of module options where possible, but please be aware that whilst every effort is made to offer choice this may be limited in certain circumstances. This is due to the fact that some modules have limited numbers of places available, which are allocated on a first-come, first-served basis, while others have minimum student numbers required before they will run, to ensure that an appropriate quality of education can be delivered; some modules require students to have already taken particular subjects, and others are core or required on the programme you are taking. Modules may also be limited due to timetable clashes, and although the University works to minimise disruption to choice, we advise you to seek advice from the relevant School on the module choices available.

We offer a supportive learning environment, where you are enabled to acquire a range of skills and a wealth of specialist knowledge. Our courses foster intellectual skills, such as critical thinking, close analysis, evaluating evidence, constructing arguments, using theory and the effective deployment of language in writing and in debate. We also help you gain experience in team working, independent research and time management.

You will be taught both by lecture and seminar. Lectures provide an overview of the key concepts and frameworks for a topic, equipping you to carry out independent research for the seminars and to develop your own ideas. Seminars provide an opportunity for you to explore the ideas outlined in the lectures.

Seminars usually consist of about 15 students and the seminar leader (a member of the teaching team). Seminars may take various formats, including plenary group discussion, small-group work and student-led presentations. For Welsh, there is also an important role to be played by tutorials, workshops and language classes (especially for students following the second language route).

How will I be supported?

As well as having regular feedback from your personal tutor in each course, you will have a reading week each semester for guided study and a chance to catch up on assessed work, reading and revision. These weeks are also used by staff to visit students on their year abroad.

The University offers a range of services including the Careers Service, the Counselling Service, the Disability and Dyslexia Service, the Student Support Service, and excellent libraries and resource centres.

We’ll provide you with frequent feedback on your work. This comes in a variety of formats including oral feedback during tutorials, personalised feedback on written work, feedback in lectures and seminars, generic written feedback and feedback on tutorial performance.

Coursework will be marked by your module tutor and your tutor will give you written feedback on your work. You will also have a feedback class after each assessment. Students will be given general feedback in relation to examinations following the May/June examination period and you will be able to discuss your overall performance with your personal tutor as part of the monitored student self-assessment scheme.

What skills will I practise and develop?

As a result of engaging fully with this course, you will acquire and develop a range of valuable skills, both those which are discipline specific and more generic ‘employability skills’. These will allow you to:

In 2015/16, 100% of the School’s graduates who were available for work reported they were in employment and/or further study within six months of graduation.

The demand for Welsh speakers means that a degree in Welsh can be highly valuable for jobs and roles that require bilingual speakers. Many of our graduates are now following careers in areas such as law, politics, media, performing arts, administration and education, or engaged in postgraduate study.

In 2015/16, 95% of the School’s graduates who were available for work reported they were in employment and/or further study within six months of graduation.

We provide our students with a highly satisfying academic experience that assists their development as critically-minded, culturally-aware citizens whose high analytic skills, powers of expression and progressive self-reliance make them extremely attractive to employers.

Up to 83% of this course is available through the medium of Welsh. Please contact the Admissions tutor for more information.

Register for information about our 2020 dates

Contact us for help with any questions you have

Find out how to apply for this course

With over 300 courses to choose from, join us and benefit from our excellent facilities, a great student experience and as a graduate, be in demand by leading employers.

Order or download a copy of our prospectus, subject brochures and other guides.