Workshops in comics drawing at the Whizzkids United academy in KwaZulu-Natal, South Africa helped teenagers to express their feelings.

Over 5.6m people in South Africa have HIV/AIDS, with the highest prevalence recorded in KwaZulu-Natal (39.5% of the adult population, according to UNAIDS in 2009).

Many teenagers with HIV were born with it. Due to taboos that prevent open discussion, children are deprived of clear information about both risks and prevention, even though many are sexually active from a young age.

Whizzkids United is the youth outreach programme of the UK charity Africaid. Using football as a metaphor for life, its six week course On the Ball teaches life skills and HIV prevention to teenagers. 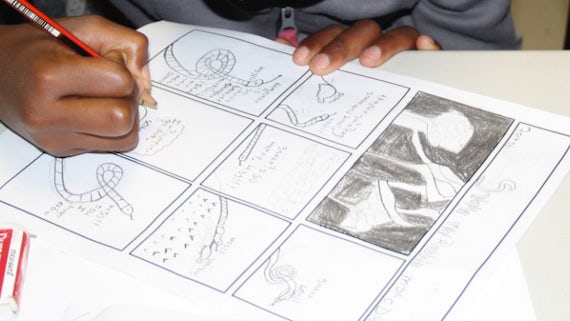