Strengthening uptake of the Living Wage across the UK

Research from academics at Cardiff Business School has led to improvements in the working conditions of thousands of people.

More than 5 million workers across the UK are in low-paid work and rates of in-work poverty are increasing.

The campaign for the Living Wage, which was launched by Citizens UK in 2001 is a voluntary wage standard which employers can adopt, based on UK living costs. It is intended to provide low-paid workers with a decent standard of living.

A full-time worker paid the £9.90 per hour Living Wage will receive more than £769 in additional wages over a year compared to the current UK Government minimum wage of £9.50.

When Cardiff University became an accredited Living Wage employer in 2014, it captured the imaginations of researchers at Cardiff Business School.

“We thought it was an important issue,” Professor Edmund Heery recalls. “All three of us were at the university’s launch and it was really from there that we got involved in providing research on its wider impact. Now, as the cost-of-living crisis starts to affect families, it has become an even more pressing topic.”

Nearly a decade on and the research conducted by Professor Heery and colleagues Dr Deborah Hann and Dr David Nash has informed the strategies and campaigns of the Living Wage Foundation, which was formed to promote the standard and accredit employers. Their work has also informed many other organisations across the UK.

By providing tangible evidence of the benefits of signing up to the Living Wage, the research has played an integral role in increasing take-up. 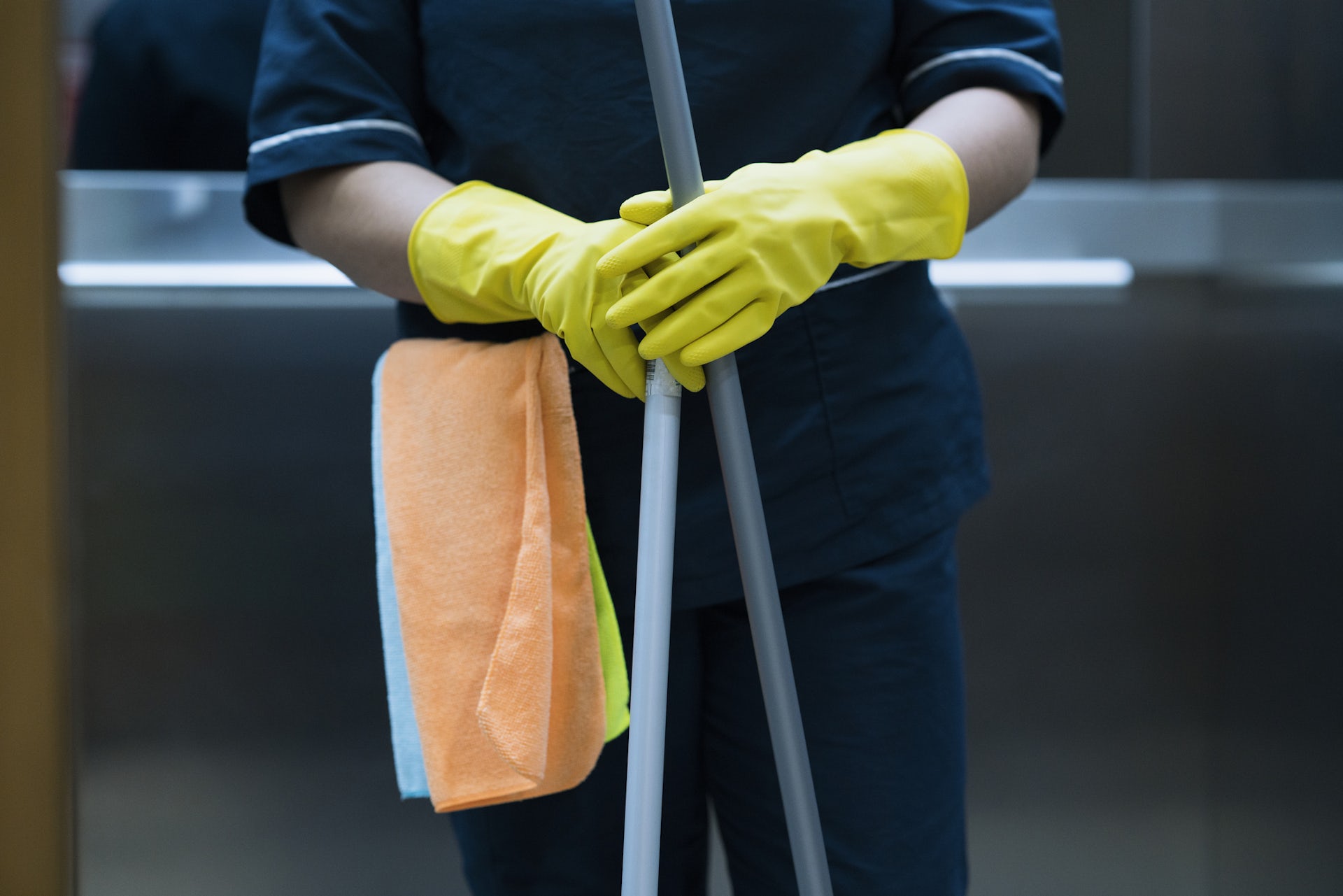 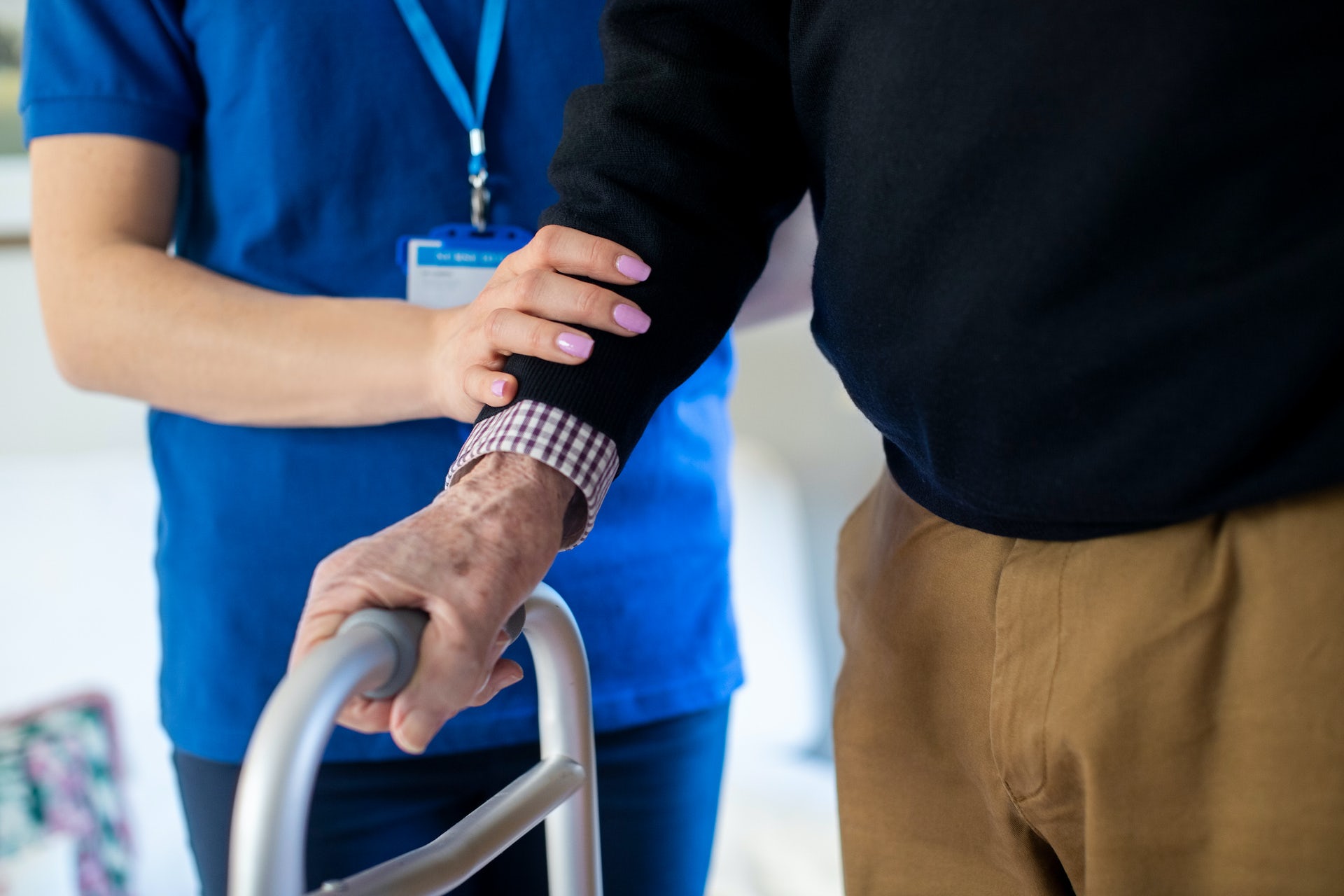 Improving wages for the lowest earners

Approximately 5.8 million workers still earn less than a living wage across the UK.

As Professor Heery, who specialises in employment relations, explains: “There’s a huge problem with low pay in the British labour market. Despite the rhetoric, we don’t have a high wage economy. Britain has a classic hourglass pay distribution, which is very unequal, with a lot of low wage workers and a lot of high wage workers and not that many in between.

“Over the last 20 years there has been a noticeable growth in non-government or civil society organisations trying to shape the place of work. So, I started doing research on these ‘new actors’ in the labour market and the Living Wage Foundation and its work to increase people’s incomes is one really graphic example of these.”

He and colleagues first began their research on the Living Wage by mapping its uptake, creating a database of all accredited employers and conducting a survey of those businesses that had adopted it. They also directly interviewed employers and studied how it was being implemented in different organisations.

Dr Nash recalls: “After we made contact with the Foundation and with Citizens UK our work really grew and expanded. It was clear they were keen for our insights and analysis to feed into their campaign strategy.”

The impact of the Living Wage campaign

Forging a long-term collaborative relationship with the Living Wage Foundation (LWF) has given the researchers access to unique data, allowing them to provide solid insights to measure the impact of the charity’s campaigning work.

Where others have concentrated on particular sectors or subsets of employers, the university team’s database reveals a unique picture of uptake across the whole of the UK, which also includes the only regular survey of all accredited employers.

Among other things, their key findings have showed accredited employers have been found disproportionately in the not-for-profit sector and in relatively well-paying industries, such as finance, professional services, and IT.

It shows strong uptake of the Living Wage in low-paid industries, such as social care, cleaning and security, which have a high number of supporting businesses relative to their size in the economy. An increasing number of hospitality businesses have adopted the standard too.

Their results showed Scotland had the highest accreditation rates, with Wales having a relatively high rate of accreditation, ahead of all English regions bar London.
Importantly, the team was also able to evidence the benefit of gaining accreditation – for employers as well as for the employees who qualified.

Professor Heery adds: “One notable thing shown by our more recent research is that there has been continued strong support for the standard amongst employers through the pandemic – in fact, record numbers have been signing up.”

The impact on employees

The research findings occupy a central place in the communications strategy and policy developments of the LWF. Katherine Chapman, Director of the LWF, confirmed that the university team’s “evidence has proved essential in persuading businesses to adopt the Living Wage measure, and to improve employment terms for all their staff, including their third party contracted workforce, to whom low pay is often outsourced.”

Since incorporating their evidence in April 2017, the LWF has accredited more than 8,600 organisations, providing an increase in pay to over 200,000 workers employed by those businesses. Last year alone, uptake of the real Living Wage resulted in £318m in extra wages going to low-paid workers.

Professor Heery explains: “I don’t know whether you’d call it ‘action research’ as such, but being able to quickly feed our research into the goals and direction of the campaign from its very early stages really interested me.

“There’s often a degree of cynicism about schemes of this kind and soft forms of labour market intervention. So, it is important to demonstrate whether or not it is having a real and lasting effect.” 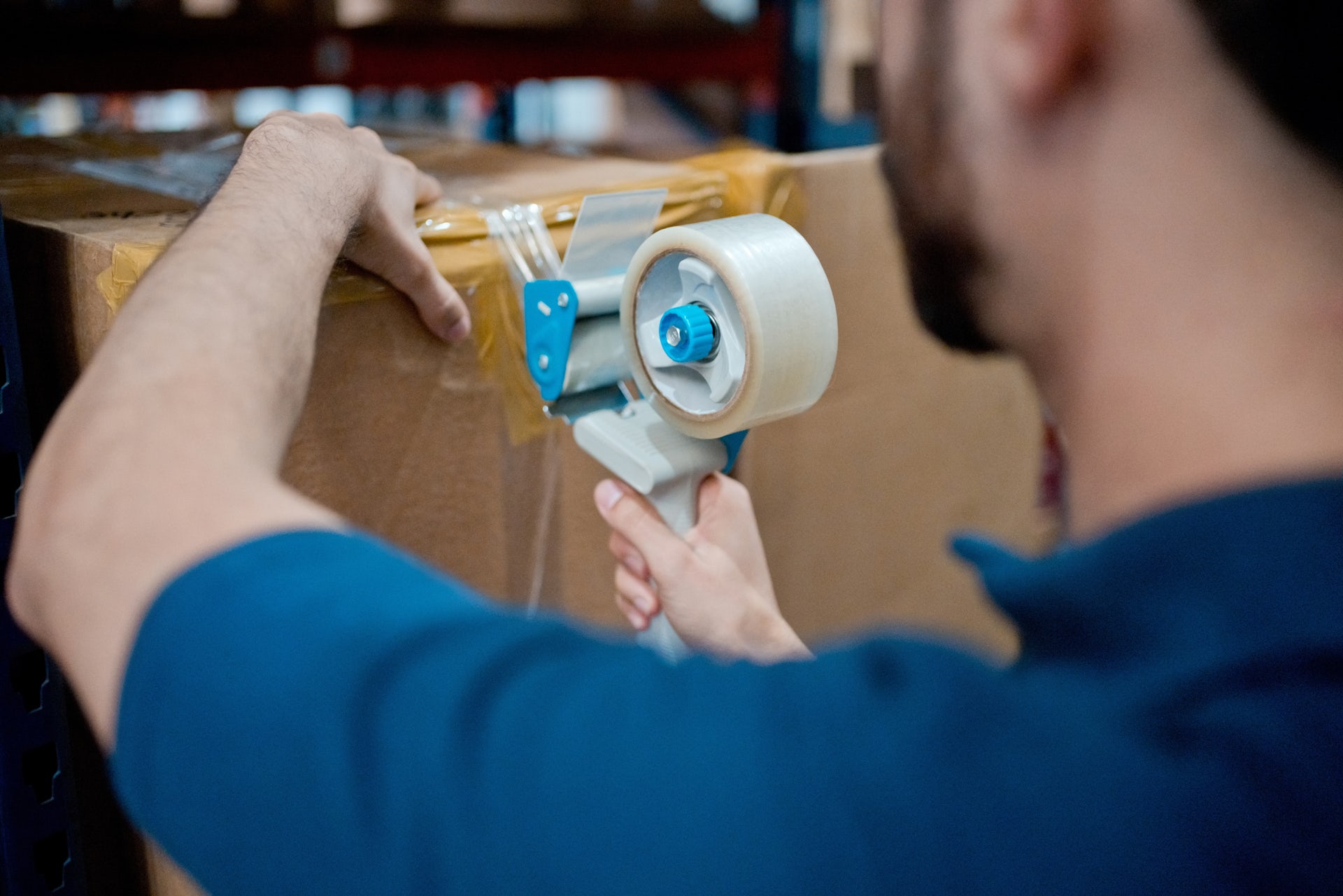 Campaigning and advocacy in Wales

Widespread adoption of the Living Wage standard is of particular importance for Wales, where more than one in five workers earns less than the Living Wage.

This led to the recruitment of sustainable development charity Cynnal Cymru as a partner of LWF to promote and accredit the Living Wage in Wales. Since then, there has been a dramatic increase in the number of accredited employers; from 70 employers in 2017 to over 400 today, which means an uplift to thousands of employee wages.

Cardiff Council and Welsh Government, as well as other universities in Wales, are among the organisations that have been influenced by the team’s research findings to extend the Living Wage into their procurement processes.

The work of the team has contributed to an extra £62m being paid into the pockets of low wage workers in Wales.

The research was one of the factors that led the Welsh Government to establish a Fair Work Commission in 2018 to recommend ways to address Welsh labour market problems, including low pay.

Professor Heery was appointed to the Commission and drew on Cardiff’s underpinning research – particularly those findings on limited take-up of the Living Wage in Wales and the positive impact for employers – to provide an evidence basis for the Commission’s work.

The Commission made a series of recommendations regarding the Living Wage, including that the Welsh Government should actively promote the standard. These recommendations were fully accepted by Welsh Government in 2019 and it now funds payment of the Living Wage to all social care employees in Wales. In addition, all organisations receiving public funding in Wales must sign up to a code of practice, which requires them to demonstrate how and what consideration has been given to paying the Living Wage.

The impact on businesses

Thanks to the team’s research, many more people in the UK are receiving a better standard of pay, including those in groups which have traditionally earned less.

Dr Hann says: “Our most recent survey showed 53% of employers said that over half of the people benefitting from the Living Wage in their organisation were women. The indication is that large numbers of ethnic minorities and young workers have benefitted as well.”

Professor Heery says: “It’s been great to see the impact of our research and the difference it’s made; the outcomes relating to our work are really important to us.

“It’s making a practical difference and Wales is now, certainly within the Citizens UK Network, seen as a paragon of how to campaign on the Living Wage. All the other parts of the UK are looking to Wales on that. We’re proud to have been involved in these changes in some small way.”

But as the cost of living soars, the research continues.

Dr Nash adds: “The current cost of living crisis means that earning a decent wage is more important than ever. We will continue our research and analysis to help the Living Wage campaign respond to this challenge.”

If this document cannot be read by your assistive software, you can request an accessible version by emailing web@cardiff.ac.uk. Please include the assistive tools you use and the format you require. 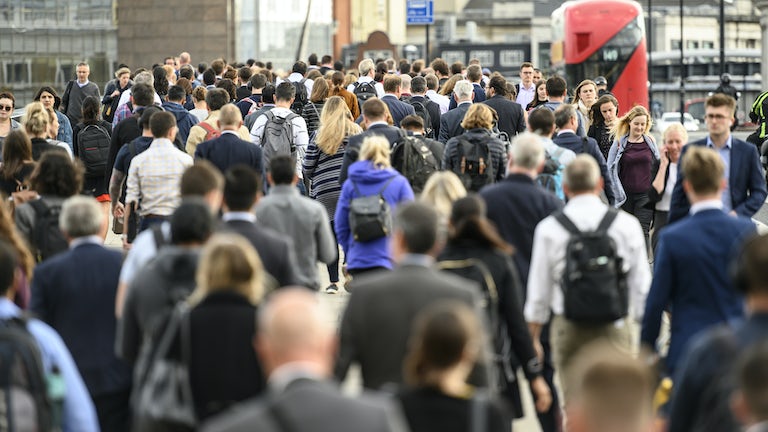 Find out what you need to do to become a living wage employer and how to gain accreditation.

In September 2019, university researchers highlighted the impact the Living Wage was having on people's pay packets

Professor Heery was part of the Welsh Government's Fair Work Commission, which investigated what could be done to help make Wales a more equal society.

A report in 2015 focusing on Wales said there was a need for greater geographic and sector representation for continued success. 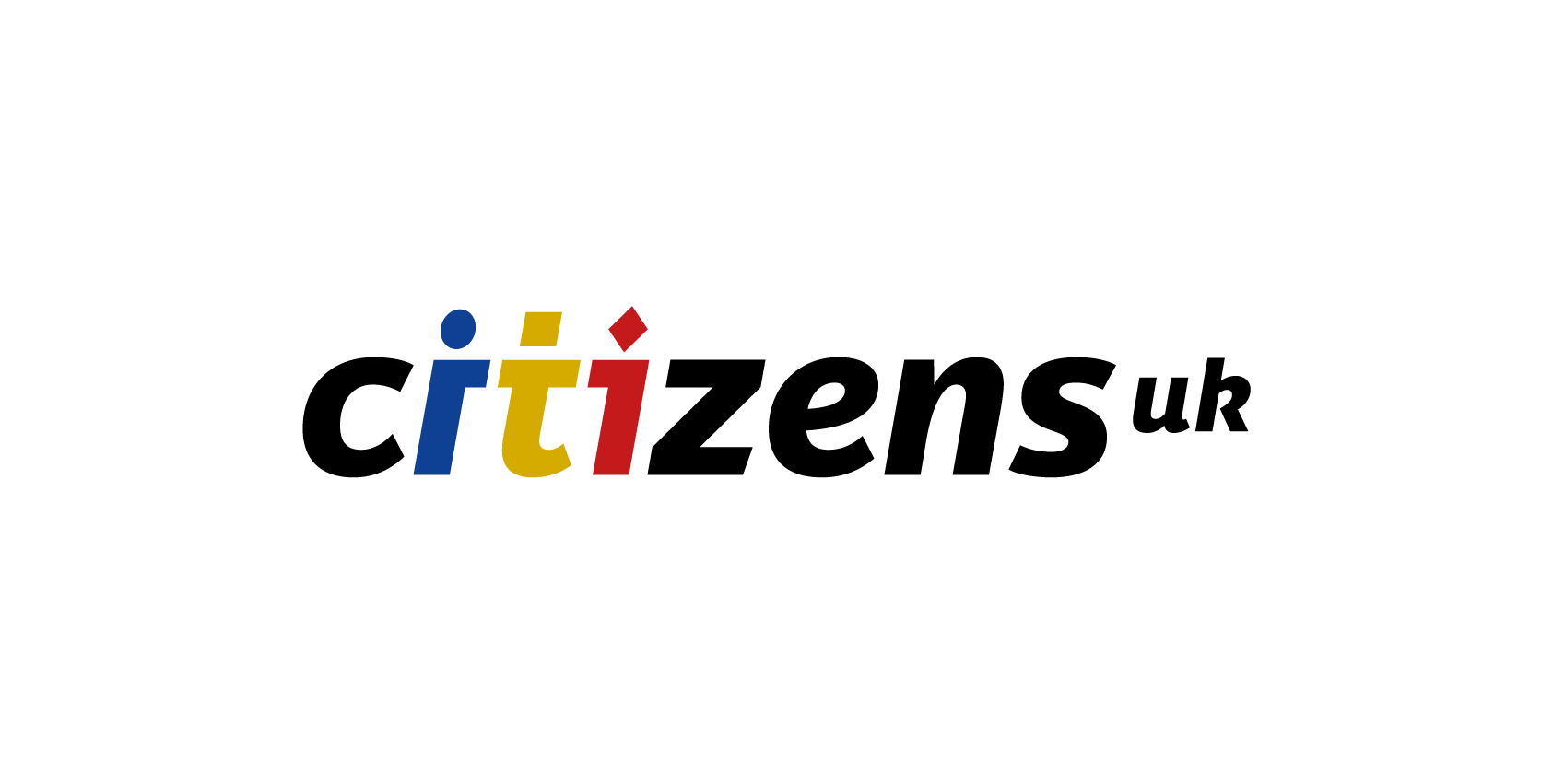