Dr Mansur Ali is no stranger to the incredible feats of modern science. As a one-year-old, he fell into boiling water resulting in a third degree burn down his back. Doctors told his parents to prepare for the worst.

But thanks to advanced medical procedures involving taking skin from another part of his body and grafting it on to his back as well as attentive medical care, he pulled through.

Three decades later, as a scholar, he is trying to provide clarity for British Muslims on what their faith says about another huge advancement in medicine - organ donation.

The legislation on organ donation changed in Wales in 2015. England and Scotland followed suit in 2020 and 2021 respectively. The new laws put an emphasis on deemed  consent meaning that a person has to opt out rather than opt into the organ donation scheme. This was done in a bid to increase the number of life-saving transplantation procedures that can be carried out.

There is also a shortage of registered organ donors from black, Asian and minority ethnic communities in the UK, meaning those with the same ethnicities in need of an organ are less likely to find a compatible match.

So when Dr Ali, a Cardiff University academic who is also a qualified Imam, or community leader, began to be contacted by fellow Muslims concerned about the changes to the law, he decided to investigate his faith’s stance on this incredibly emotive topic.

He explains: “When the ‘opt-out’ policy became law in Wales, my phone was pinging left right and centre with texts and emails from worried people asking all sorts of questions relating to organ donation. They asked things like, ‘Is organ donation permissible in Islam?’, ‘Will my soul go to heaven if my organs have been donated?’, ‘What if the person who has one of my organs commits a sin?’, ‘Will I be resurrected organ-less?’ and ‘Will my organs be owned by the Government now the law has come into force?’”

“I realised for my own benefit as well as for my community, I wanted to study this in more detail. As someone who has always been immensely grateful for the skills of doctors in saving my life, I wanted to ensure fellow Muslims were able to fully understand the implications of organ donation.” 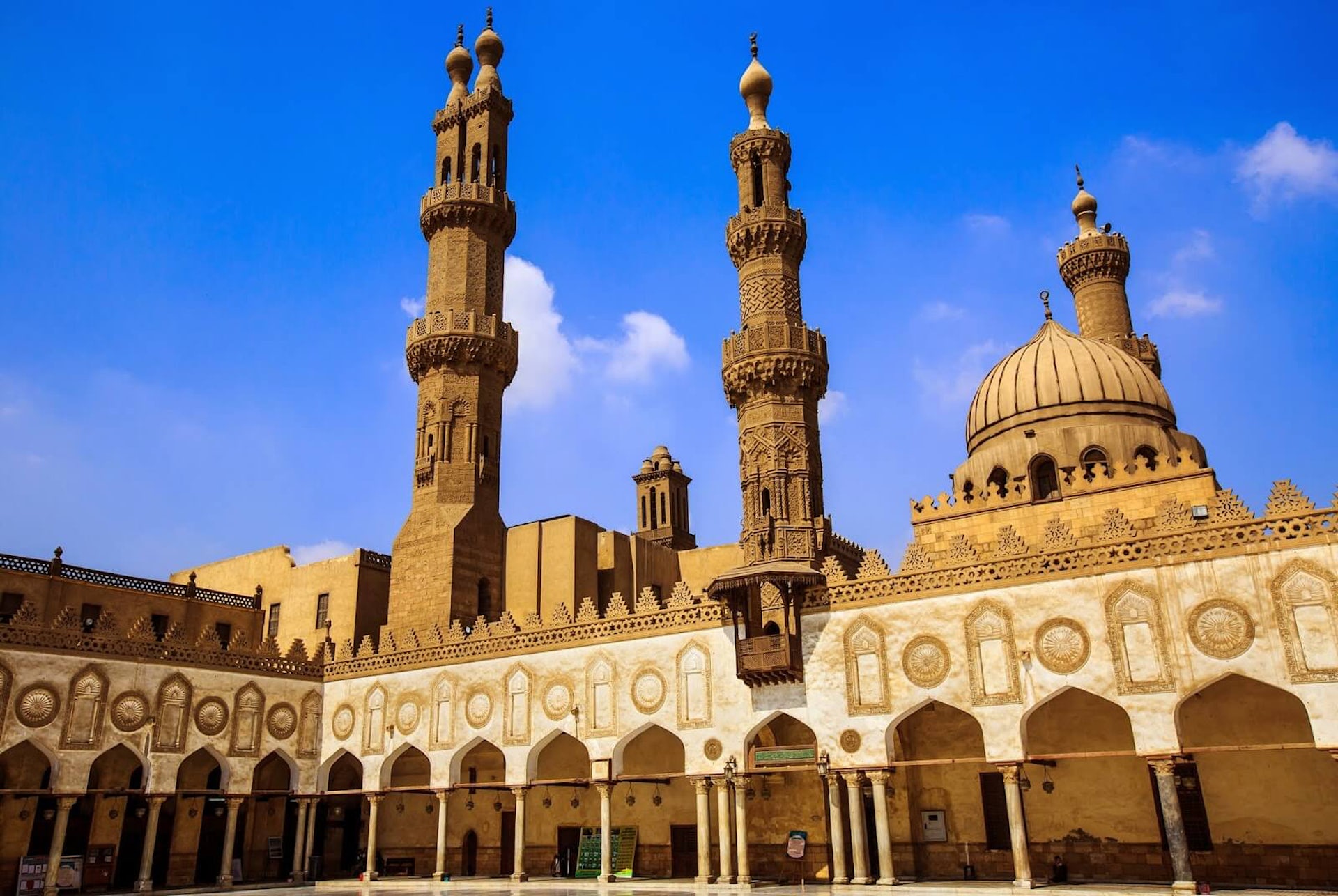 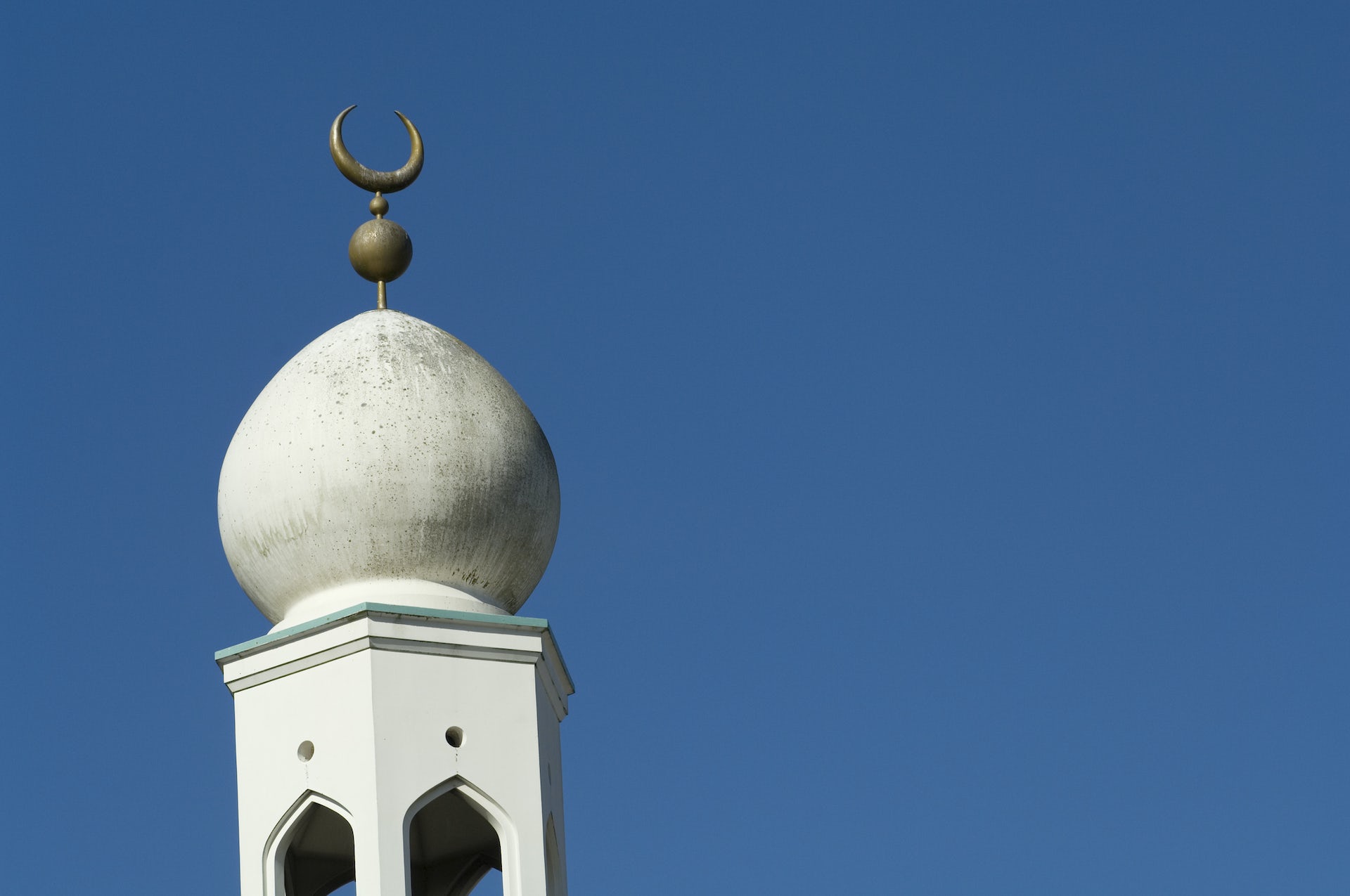 Dr Ali’s curiosity and thirst for knowledge stretches back to his childhood. At the age of 11, he became a boarder first at a Theological College in Birmingham and later in Ramsbottom, Greater Manchester, focusing on classical Islamic studies and Arabic alongside the national curriculum subjects.

A decade later, he qualified as an Imam, a respected leader within the Muslim community who can provide advice and guidance on any matter relating to their faith. The usual path from there would be to work in a mosque and within the community.

“I was always into reading from a young age,” says Dr Ali, who grew up in Oldham, Greater Manchester. “I loved the Hobbit and had read all the classics very early on. But when I was sent to boarding school, my understanding of Islam was my sole focus. Education became everything to me.

“When I graduated 10 years later I thought, ‘I want to take these studies right to the top’.”
Dr Ali built on these foundations and studied an undergraduate degree at the prestigious Al-Azhar University in Cairo, Egypt. He came back to the family home to do his postgraduate work in Middle Eastern Studies (Hadith studies) at the University of Manchester.

He then went on to become a Muslim chaplain at Ashworth High Security Prison, before getting a research job at Cardiff University’s Centre for the Study of Islam in the UK.

“I come from a large extended family and I’m one of the youngest. I was lucky to have the luxury of being able to concentrate on my academic work without having to worry about finances,” he says. “I received scholarship funding for both my Masters and PhD at University of Manchester.

“My background and experience means I am well-placed to explore issues relating to the Muslim faith. I’ve trained as an Imam so have experience of grass-roots work and have strong links to the Muslim community. But as an academic, I am also able to provide a different perspective and offer an independent, scholarly viewpoint. I have the freedom to question and interrogate.”

He adds: “As the years have gone on, my idea about my role has developed and evolved. It’s about providing a dialogue, both within the Muslim community but also with people of other faiths and no faith living in Britain. At the end of the day, we are all members of British society.

“As someone who has grown up in the UK and calls Cardiff my home, I see my role as feeding into a conversation about how Muslims co-exist in Britain in a way where people outside the faith understand our viewpoints and we understand theirs.”

When he began to investigate the issue of organ donation and what it means within the Muslim faith, Dr Ali turned first to fatwas. A fatwa is a morally, but not legally, authoritative religious opinion from a person trained in Islamic law (mufti).

Prior to his research, three organ donation fatwas had been commissioned in the UK in 1995, 2000 and 2004. Although at first appearance all three seem to broadly subscribe to a permissive attitude towards organ donation, Dr Ali argued they either do not account for dissenting views, do not give clear theological and scriptural justification for their conclusions, or do not give clear guidance. He then extended his analysis of these fatwas to study all relevant fatwas in English, Arabic and Urdu outside the UK – more than 100 in total.

“It was a massive undertaking, but the stakes for this issue were also high,” says Dr Ali.

In the UK, a high proportion of people from Black and Minority Ethnic backgrounds develop high blood pressure, diabetes and certain forms of hepatitis, which increase their chances of needing a transplant.

The best donor match is likely to come from a shared ethnic background, so the shortage of organ donors from these groups reduces the chance of a successful match being found. In 2015/16, Black and Minority Ethnic people made up nearly 30% (1,836) of the waiting list, but only 5% (67) of deceased donors. This means they often end up waiting significantly longer for a transplant, leading to an increased risk of mortality.

As well as studying these written stances on organ donation, Dr Ali also extended his research to interviews with Muslim scholars to gain their interpretation of the fatwas in a modern British Islamic context.

His research concluded that there are theological justifications both for and against organ donation, and given that any of these positions are theologically justifiable for Muslims to adopt, British Muslims should be allowed to make a personal choice.

“This is a difficult issue because people don’t want to think about their own mortality,” says Dr Ali.

“It’s not for me or anyone else to say what the right path to take is in this situation. My goal throughout this process has been to make sure I am allowing Muslims to make an informed decision. It’s about opening up that discussion so people can make the choice that’s right for them.” 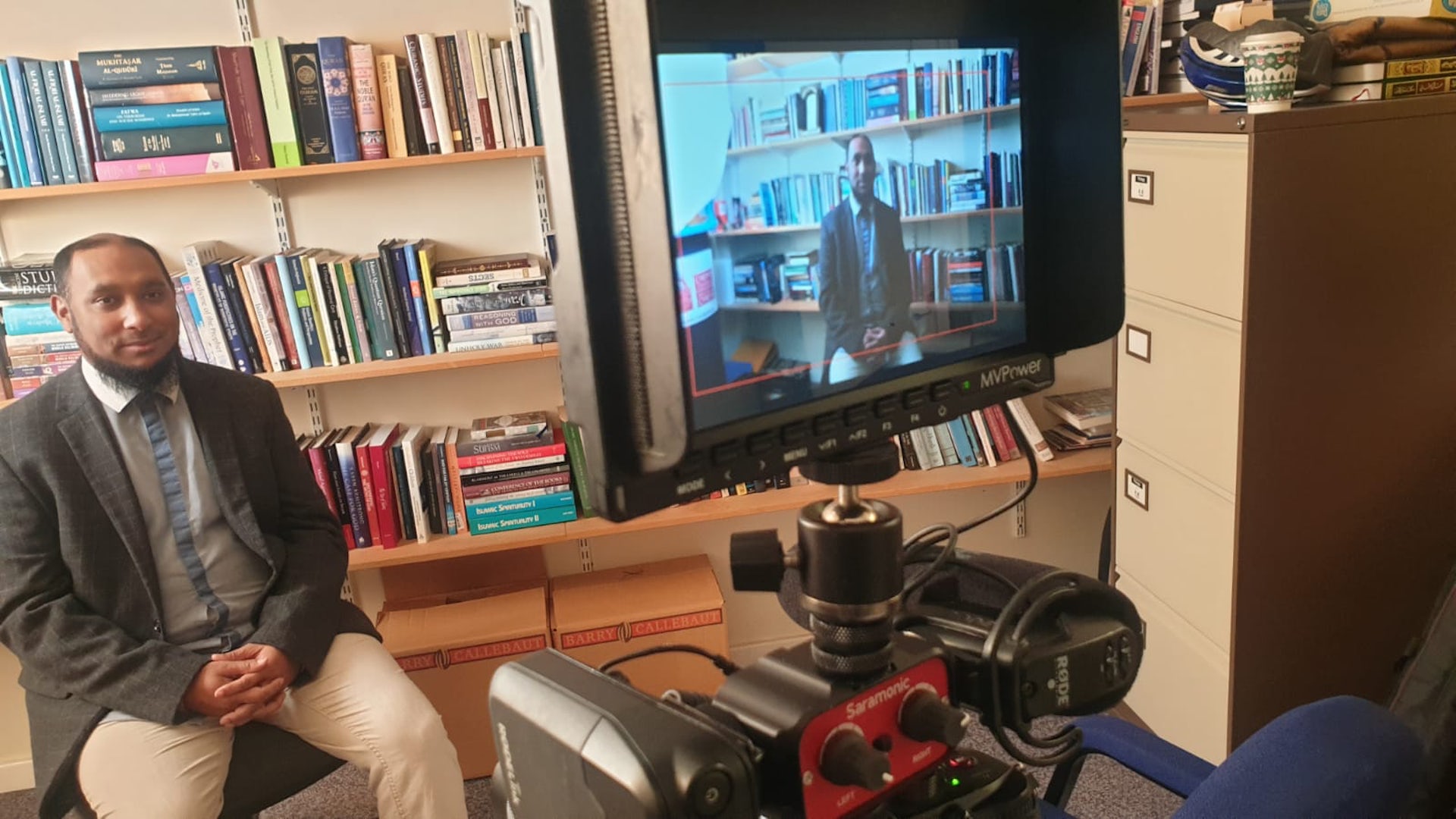 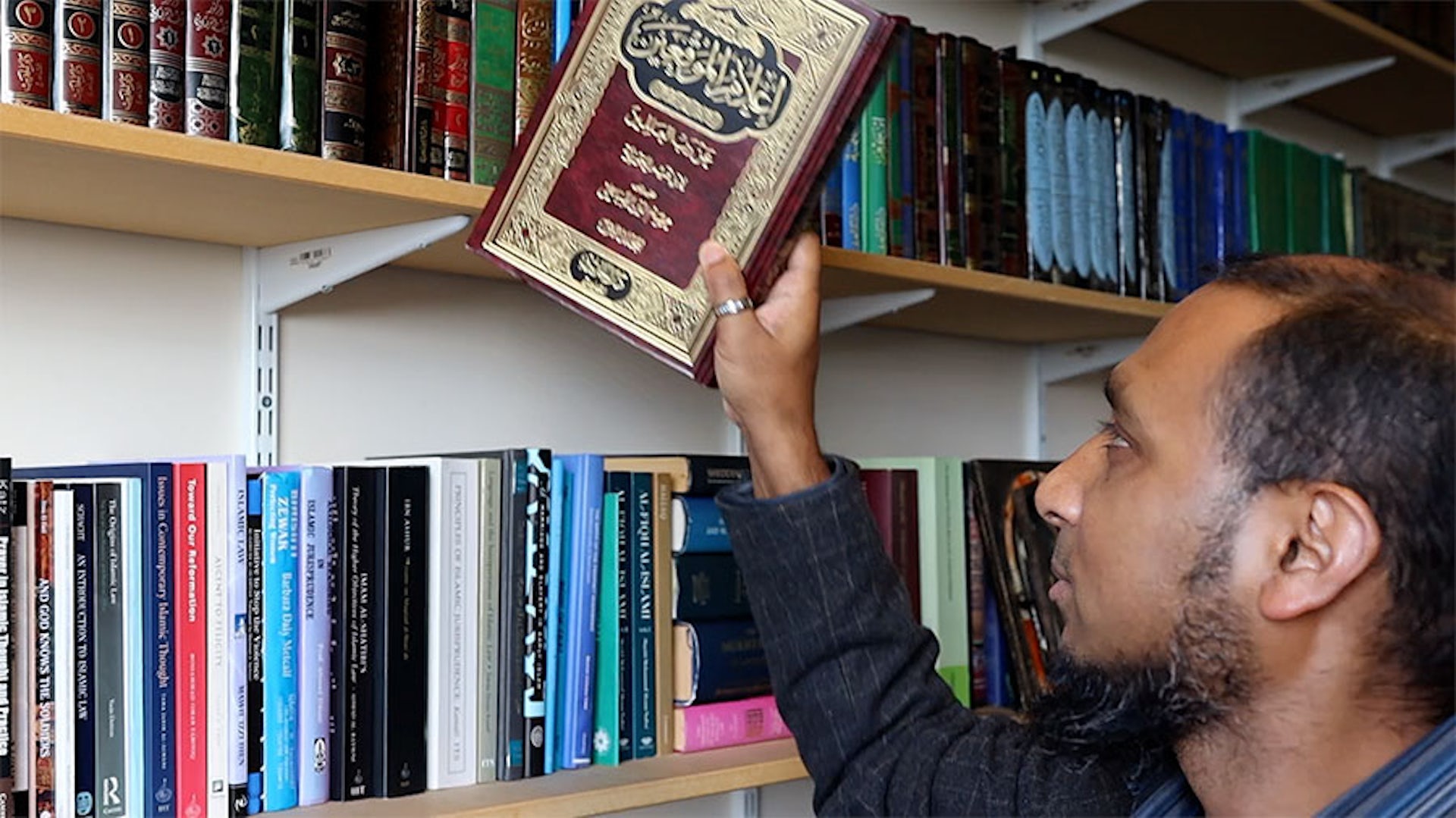 Dr Ali also sought the views of British Muslims. His cumulative body of research from 2016-2019 found that British Muslims were rarely fully informed of all interpretations around organ donation.

In 2016, he documented  the theological reasons behind Muslim reticence to post-mortem organ donation, and the ethical challenges raised by the legislation. His survey of 421 British Muslims found half believed that organ donation was not permissible or were unsure of the situation and would not donate as a result.

The research has fed into communications around the NHS Blood and Transplant’s (NHSBT) Organ Donation Community Investment Scheme, which engages with Muslim faith leaders and community influencers to increase positive attitudes towards organ donation amongst the diverse Muslim communities in the UK.

He was  requested to provide support for a number of other organ donation projects funded by NHSBT including those who received funding from the NHSBT Community Investment Scheme in London, Bristol, Preston, Blackburn, Burnley and Newcastle. Furthermore, he assisted NHSBT around the contextualisation of Mufti Mohammed Zubair Butt’s independent 110-page fatwa, which offered an updated interpretation on organ donation.

Feedback from workshops and sessions for NHSBT showed that over 60% of participants who were either unsure or had viewed organ donation as forbidden, regarded it as permissible in certain contexts after the workshops.

Nearly 95% of participants reported learning new theological standpoints, and that their concerns were alleviated by learning about the multiple possible lines of interpretation.

Furthermore, 100% of respondents to a post-webinar survey reported a change in understanding from their previous position.

Dr Ali says: “This is a complex area and one that raises lots of bigger questions too – about how we view ourselves as human beings.

“My role is to impart knowledge and initiate dialogues, speaking with people rather than speaking to people. Ultimately, it is down to individual choice and responsibility.” 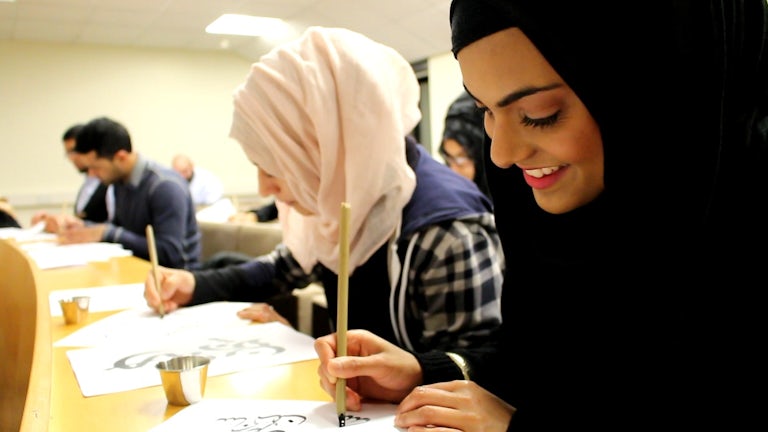 Exploring the lives of Muslim communities in Britain

The Centre for the Study of Islam in the UK has grown to become the leading academic institution for research and teaching about Islam and Muslims in Britain.