A Cardiff University hub for Compound Semiconductor technologies has been awarded £2m for state-of-the-art equipment that will help develop 21st Century technologies.

The funding from the Engineering and Physical Sciences Research Council (EPSRC) adds to a £10m award from the same organisation last December which established the EPSRC Manufacturing Hub in Compound Semiconductors.

The Award also builds on a recent £13m award from the European Union to help build, equip and run a state-of-the-art cleanroom at Cardiff’s Institute for Compound Semiconductors.

Professor Smowton said the latest £2m EPSRC equipment award will allow the Hub to characterise and develop novel combinations of Compound Semiconductors to develop technology that enables emerging trends, such as self-drive vehicles and 5G communications.

The institute provides cutting-edge facilities to help researchers and industry work together.

The Catapult aims to accelerate the use of semiconductor devices in industry by developing a cluster of cutting edge companies based along the M4.

The Catapult will work with the Compound Semiconductor Centre – a joint business venture between Cardiff University and world-leading wafer company IQE to develop technologies that drive tomorrow’s electronic devices.

Kevin Crofton joins the Catapult with a 25-year career in the semiconductor industry. He has executive experience in the UK and USA, currently acting as President of SPTS Technologies in Newport, and Corporate Vice President of Orbotech Inc.

At the heart of devices we use today

Compound semiconductors are at the heart of devices we use today, from smart phones to tablets and satellite communication systems.

They are central to the development of new technologies including 5G and 6G networks, high-efficiency lighting and new imaging techniques in security and health diagnostics.

Forecasters estimate the global market for compound semiconductors will reach between £75bn and £125bn by 2025.

The Catapult, announced in January 2016, aims to create a Compound Semiconductor cluster in South Wales and the West, bringing cutting-edge companies together to create high-skilled jobs.

'From South California to South Wales'

Dr Wyn Meredith, Director of Compound Semiconductor Centre, said: “Kevin Crofton’s appointment is very timely. He brings a wealth of commercial development experience to the Catapult just as we are beginning to see the early formation of a cluster of companies that will exploit CS applications with the power to drive the development of 21st century technologies..."

Kevin Crofton added: “I look forward to helping to guide the Catapult’s vital contribution to the compound semiconductor industry in the UK..."

"This should help to accelerate innovation among existing businesses and to aid spin-out companies in their success.”

The Compound Semiconductor Applications Catapult is a key pillar in the development of the world’s first compound semiconductor cluster, which recognises CS industrial expertise around the M4 corridor. 'At the forefront of innovation'

Minister of State for Universities, Science, Research and Innovation, Jo Johnson said: “The government’s investment in the Compound Semiconductor Application Catapult is testament to our track record as a leader in advanced electronics – a strength that we will build on through our Industrial Strategy to ensure that the UK remains at the forefront of innovation..."

Secretary of State for Wales, Alun Cairns, added: “Much of the advance technology powering our mobile phones and other devices is being pioneered right here in Wales. The new research centre will underline our reputation as a world leader in semiconductors and, with Kevin Crofton at the head, put us in the front row of digital development..."

The five-year programme, funded by the Engineering and Physical Sciences Research Council (EPSRC), is being led by the University of Bristol.

It will join Cardiff and three other universities (Glasgow, Cambridge and Birmingham) as well as industry partners to develop next-generation technology that paves the way for 5G and 6G mobile phone networks and advanced radar systems. 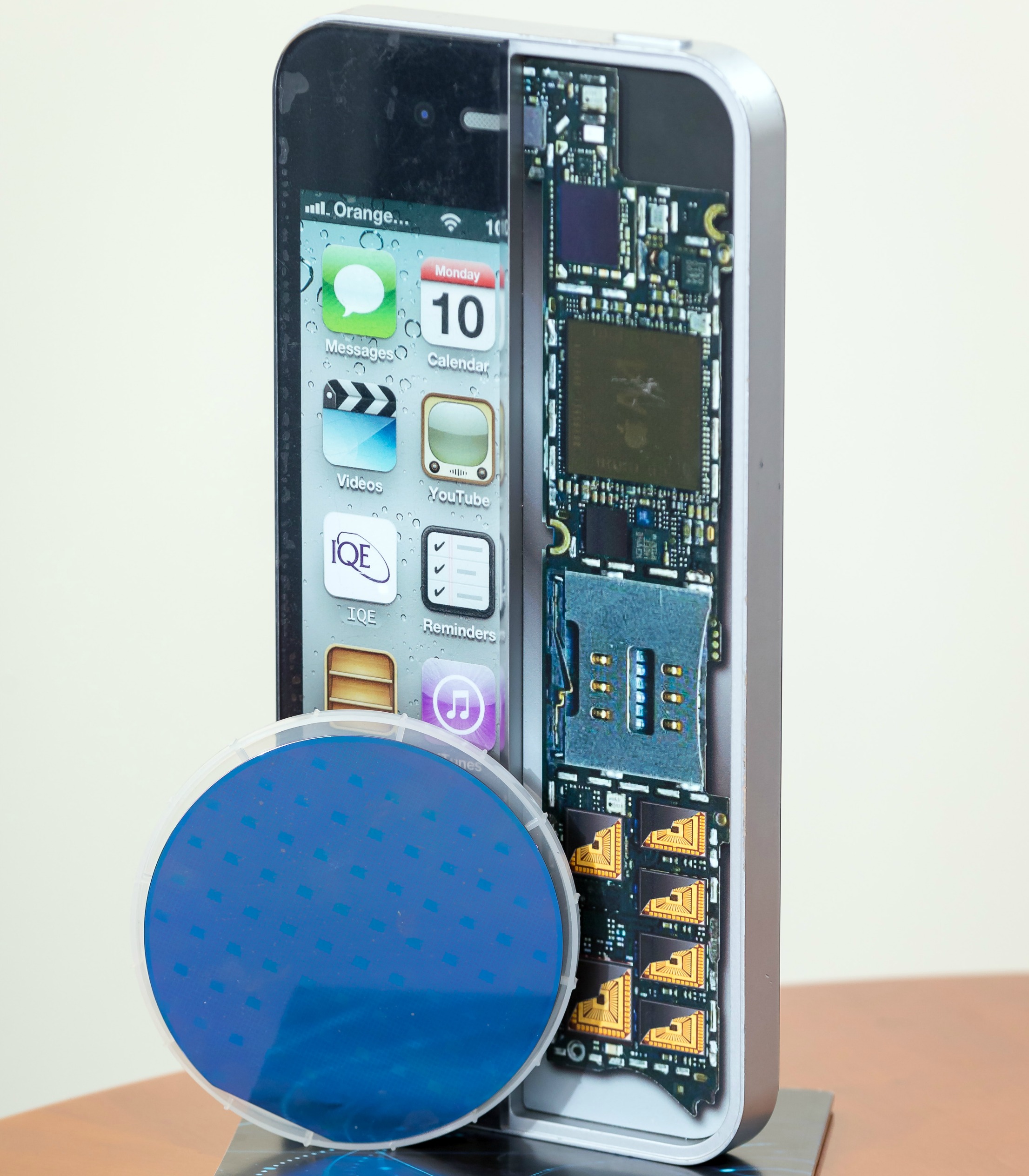 The heat flux on the surface of the sun

The project aims to develop high-electron-mobility transistors (or HEMTS). Energy flows in these can be as high as the heat flux on the surface of the sun. Researchers believe diamond – due to its ultra-high thermal conductivity – is the best material for handling the energy needed to drive 5G and 6G networks.

Professor Paul Tasker, School of Engineering, said “A major performance advance in GaN transistors is targeted by exploiting the excellent electrical properties of GaN and the thermal properties of diamond..."

"Cardiff Diamond Foundry specialises in the integration of diamond with other materials for novel applications and thus this project is closely correlated with our main activities."

Early UK industry access to the technology will be achieved by collaboration with the Institute of Compound Semiconductors (ICS), a Cardiff University translation centre being developed on Cardiff Innovation Campus.

Dr Wyn Meredith, Compound Semiconductor Centre (CSC), said: "The CSC has a mission to support high quality research in the UK which is highly likely to have a dramatic impact on compound semiconductor markets or applications..."