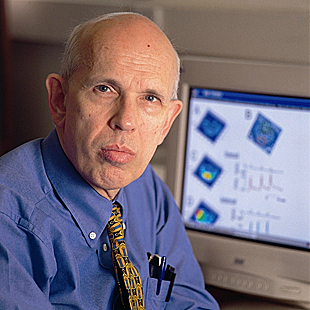 A promising line of attack against pancreatitis and pancreatic cancer is to be explored further at Cardiff, thanks to substantial new funding from the Medical Research Council (MRC).

Pancreatitis can develop when the enzymes needed for digestion turn on the pancreas itself. Chronic pancreatitis increases the risk of pancreatic cancer, which has the lowest five-year survival rate of all common cancers in the UK. High alcohol intake and gallstones are the most common causes of pancreatitis.

Last year, Professor Ole Petersen and colleagues at the School of Biosciences revealed that a protein call calmodulin could protect the pancreas against the effects of alcohol. In cells without calmodulin, alcohol speeds up a chain reaction causing cells to self-destruct, leading to pancreatitis and potentially to pancreatic cancer. The team also discovered a calcium-like molecule which could boost the pancreas' natural protection against digestive enzymes. These breakthroughs have just been highlighted in the MRC's review of the most significant developments of 2011.

Now Professor Petersen's team has secured a £2M MRC Programme Grant to investigate the potential of the calcium-like molecule further. Over the next five years, they will test its ability to protect against enzymes in a number of circumstances known to trigger pancreatitis. The team will also investigate special cells in the pancreas called stellate cells. Little is known about stellate cells but they could be the link between chronic pancreatitis and the development of pancreatic cancer.

Professor Petersen has also has his MRC Professorship renewed – the only post of its kind in Wales. He said: "These are extremely complex molecular processes but we believe they are crucial to our understanding of these painful and distressing diseases. We aim to identify ways of controlling these processes to help prevent and treat acute pancreatitis. We also hope to build on our existing knowledge to better understand stellate cells and block the onset of pancreatic cancer. We are extremely grateful to the MRC for their support and encouragement of this promising research avenue."