Peering down on scenes of queuing chaos in a Mumbai hospital in the mid-1990s was enough to set one Cardiff University mathematician on a unique journey.

Without an effective queuing or scheduling system, or indeed any data to inform decision making, patients in need of emergency healthcare were left waiting in pain, leaving healthcare professionals frustrated and overworked.

Little did Professor Paul Harper know that this experience would lead him and his research team on a mission to apply mathematical modelling to help fix and improve vital NHS services in Wales and in other parts of the UK.

“Going to Mumbai for the summer of 1996 for my MSc project was the first time I realised the potential use of mathematical modelling to deliver better health services,” recalls Professor Harper.

“When you come out of the classroom for the first time and encounter the real world, in my case to help support the response to the HIV crisis, you see how you can apply your academic knowledge and make change.”

Fast forward some 25 years, Professor Harper and his team have worked on a wide range of healthcare improvement projects, including transforming cancer services in Wales, increasing the efficiency of the London Ambulance Service, and helping to design the Wales NHS 111 service. 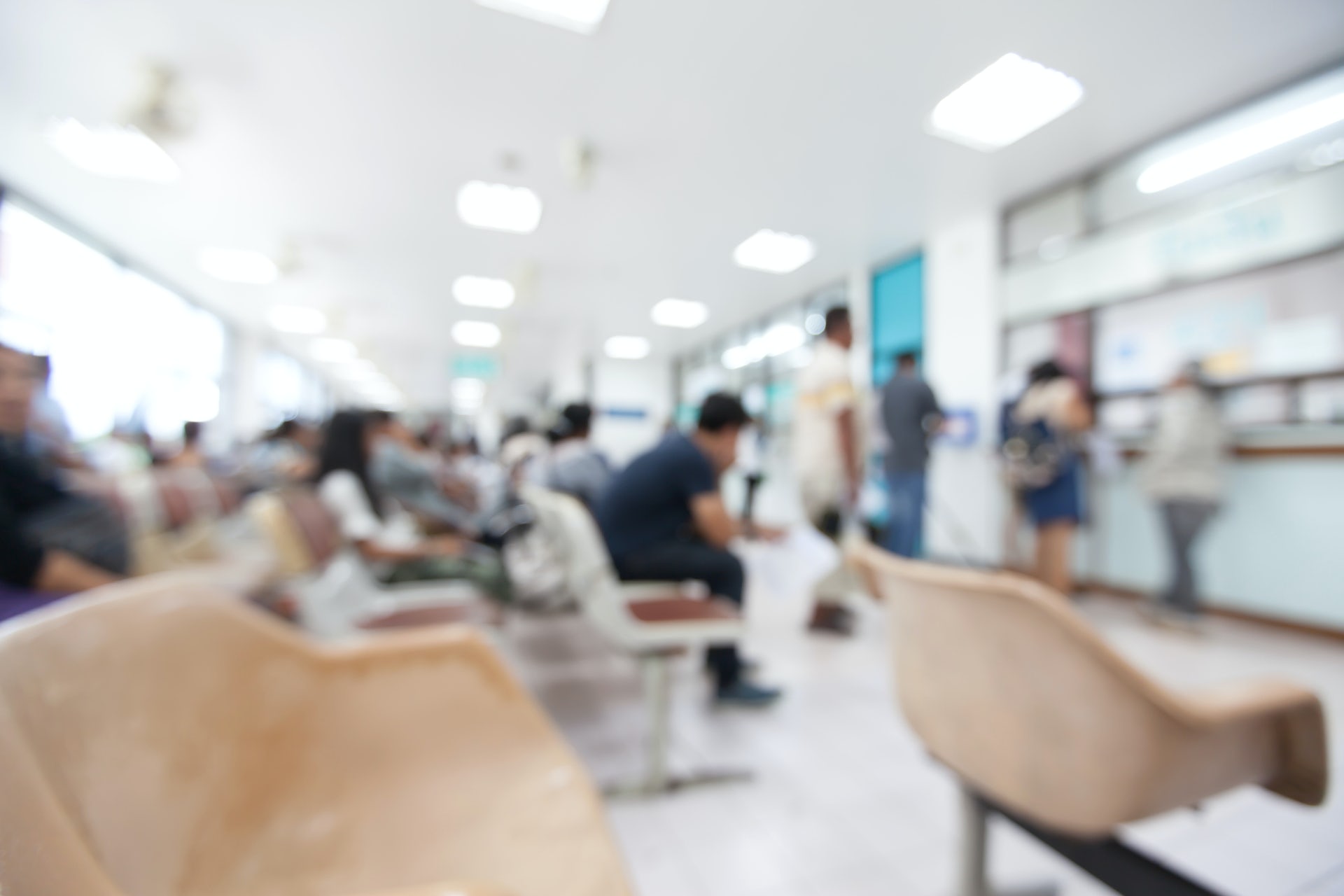 As the Mumbai experience showed, emergency healthcare requires accurate demand forecasting to ensure the effective deployment of both medical resources and patients to the correct service.

Closer to home, with the onset of devolution, policymakers in Wales knew it had a serious problem with cancer survival outcomes. Traditionally the five-year cancer survival rates in Wales were poor compared to other developed nations.

The key to the problem was the creation of two established diagnosis and treatment pathways for cancer.

When a patient’s GP saw obvious red-flag cancer symptoms, the patient entered the ‘urgent’ pathway, and treatment was required to start within 62 days. When symptoms were present which could indicate either cancer or some other condition, patients enter the ‘non-urgent’ pathway, for which a treatment deadline was only set once cancer was confirmed through diagnostic tests.

This complicated cancer statistics and inaccurately recorded the waiting time of patients on the ‘non-urgent’ pathway, who could be waiting for months before cancer was confirmed and a treatment deadline was imposed.

However, whilst knowing there was a problem, NHS managers had no real idea how to solve it and sought the advice of Professor Harper and his team.

“I remember the approach quite clearly. It was December and I had a call from the Wales Cancer Network to meet at the University,” recalls Professor Harper. “We had already been working on cancer and the research we’d already undertaken showed that modelling patient pathways could help unblock critical bottlenecks in care delivery.”

The meeting saw his team embark on a mission to establish what level of resource would be required to implement a Single Cancer Pathway (SCP) in Wales.

'A bowl of spaghetti'

The existing system in Professor Harper’s view was like a “bowl of spaghetti” with patients coming through in different routes with different diagnostic tests and not necessarily getting the diagnostics they needed or in the most efficient sequence to avoid delays. The key to unravelling the spaghetti and ensuring patients got the quickest decision about whether it was cancer or not was reducing the number of different pathways and determining the required resourcing needs.

This is where Professor Harper’s research and expertise proved vital. His group was able to model the resources needed to meet the proposed SCP waiting time targets and to determine optimal diagnostic pathways.

This initially involved analysis of more than 6,000 cancer referrals, across 10 different types of cancer, for 30 defined categories of diagnostic tests. Their report identified the need for a 20% increase in diagnostic resources to meet proposed treatment timescales and indicated that a rollout of “rapid diagnostic hubs” would help achieve the project’s goals.

The findings were used to advise Vaughan Gething, then Welsh Government Minister for Health and Social Services, who released £3m of funding earmarked to provide the operational and diagnostic support required to transfer to the Single Cancer Pathway in line with Professor Harper’s modelling.

“As a result of our research contribution, Wales was the first UK nation to introduce a single waiting time target for cancer patients. The SCP changed the diagnosis and treatment pathway for the approximately 60% of cancer patients in Wales who would previously have been placed on the ‘non-urgent’ suspected cancer pathway.

“Ultimately it was about getting the patient and right resources in the right place, at the right time,” adds Professor Harper. 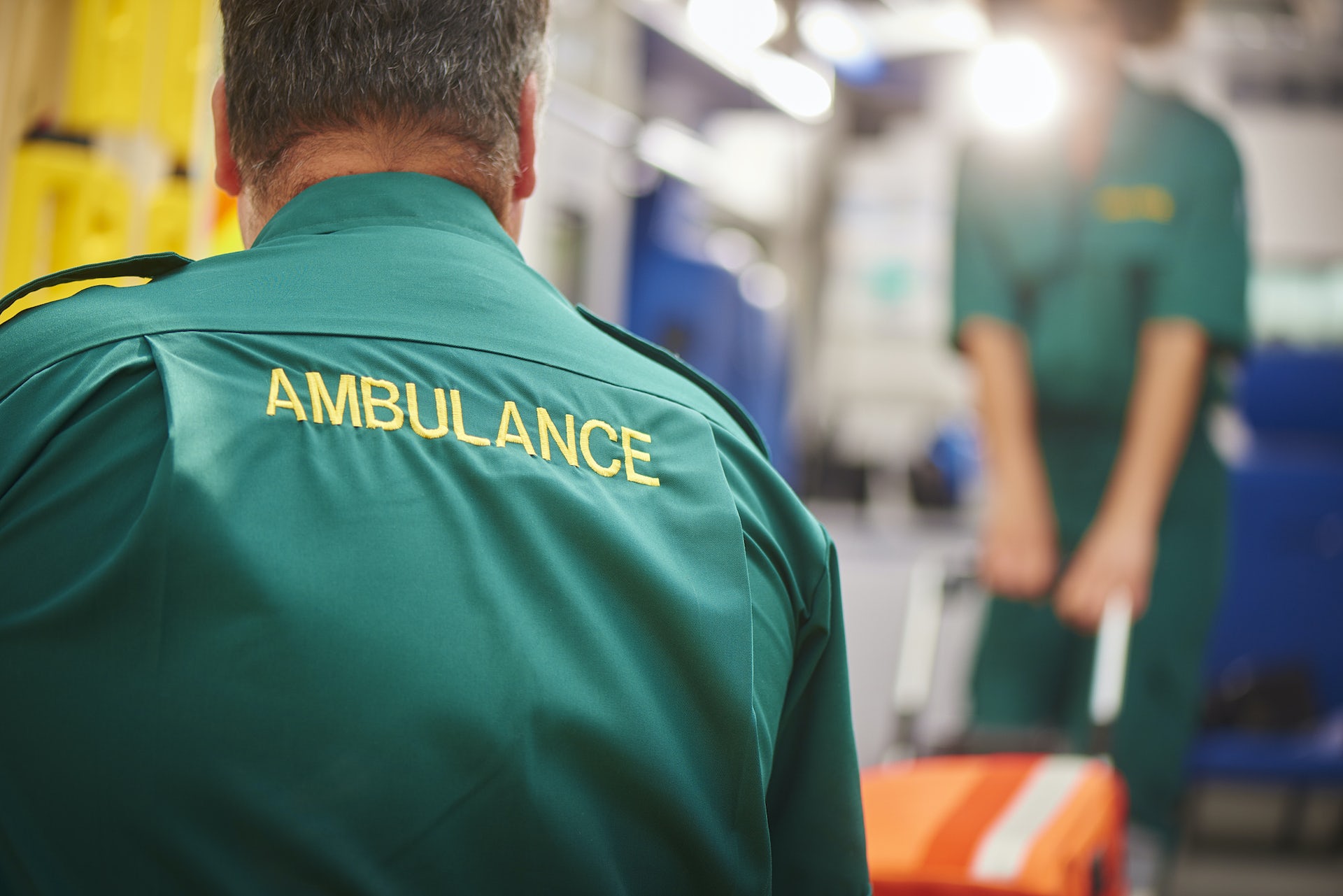 The dilemmas faced by the London Ambulance service were similar to those faced by NHS Wales.

The London Ambulance Trust is responsible for responding to urgent and emergency medical situations within the UK’s busiest ambulance service.

It receives 1.9m 999 calls and responds to over 1.2m incidents annually. The efficient allocation of support and frontline staff is essential to avoiding unnecessary burden on emergency departments.

The reality was that it wasn’t running as efficiently as it could have been until the research team worked closely with the London Ambulance Service Forecasting and Planning team.

“The head of their Analytics team studied for their PhD with us, which led to us developing this relationship,” says Professor Harper. “Ambulance services routinely collect detailed data on all 999 calls, including timings and locations of incidents. With such data we can create accurate geospatial forecasts of the peaks and troughs of demands in the Ambulance Service.”

Professor Harper explains further: “In essence, we deploy analytical methods on the large volumes of data to try and make sense of it and provide the ambulance service with enhanced understanding on the types of calls you're getting, where they're coming from, and when you might expect them.

“With this detailed understanding, you can then roster or shift profile more intelligently to operationally deploy staff and ambulance vehicles in the most effective manner, as well as making better strategic decisions on both capacity and how to optimally allocate crew and vehicles to ambulance bases in order to minimise patient waiting times for an ambulance and to improve patient outcomes and survival.”

Using their modelling, the team was able to use the data to help London Ambulance service develop a forecasting suite that predicts resource requirements as far as 14 days in advance which enabled informed and proactive decisions to be made about staffing.

In financial terms, the team was able to assist in saving vital resources. Annual contract negotiations for the London Ambulance Service, costing some £370m, were previously based on unconfirmed estimates and previous averages of demand.

By working with us, the London Ambulance Service Finance and Planning team improved the offering of the financial year forecasting. It allowed for operational planning to occur much further in advance, with recommended flex for seasonal demands and allowed the Service to agree to contracts which didn’t eat into budgets unnecessarily.

This included budget savings in lower demand periods that could instead be used at times of greater pressure, ultimately resulting in a more equitable and safe delivery of service to patients.

Designing and launching the NHS 111 Service

With its growing reputation for providing solutions to some of the NHS’s longstanding problems, in 2015, NHS Wales again commissioned Professor Harper’s group. This time, the team was asked to analyse national NHS Direct and out-of-Hours data to model a proposed 111 service across Wales.

The service sought to combine the functionalities of the NHS Direct call-centres with the out-of-Hours GP phone service and differs from other national 111 services by employing a greater proportion of clinical staff.

The University team evaluated different ways of providing the complex new service and forecast the ideal staffing size and skills required to support it.

The team’s analysis found that an effective combined service required increased staffing of nurses and call-handlers but revealed that fewer GPs could be used in the service. The analysis also provided information about resource allocation and predicted impact on service delivery to the 111 project.

Their recommendations were implemented via a 2016 pilot launch across the Abertawe Bro Morgannwg, Hywel Dda, and Powys Health Board areas.

Within six months, in the Abertawe Bro Morgannwg Health Board, the service received 71,853 calls: 404 calls per day at the weekend and 802 calls per day on bank holidays and resulted in 1,343 fewer hospital emergency visits and 1,291 (29%) fewer ambulance callouts.

By avoiding unnecessary emergency journeys, savings of £642,120 were generated over the six-month monitoring period. Based on the success of the pilot schemes, the Welsh Government announced in 2018 that the service would be expanded to the entire population of Wales.

The track record of the group in helping to improve outcomes and save lives is now well established.

As Professor Harper reflects on his team’s successes, it becomes clear that the journey has only just begun with the ongoing global pandemic seeing their work become even more vital in solving live problems.

For example, decision makers have faced many issues over the last year. In a university context the impact of students moving from their university halls of residence to their permanent home addresses during the COVID-19 pandemic, proved a major issue.

“There were also projected risks for an anticipated 1 million UK university students returning home for the 2020 Christmas vacation – effectively spreading it all over the country again. It was a very real public health risk.”

Ultimately, this helped formulate Welsh Government messaging for students not to return home during the firebreak and also helped inform decision making in the months that followed.

Despite the many achievements, Professor Harper is concerned that despite all of the gains made, there can be a reluctance for organisations to make informed decisions based on data and modelling.

“We now have so much data – but it still isn’t always used intelligently so that we can pinpoint when things aren’t quite working as well as they could be in the health service. Using data and modelling is vital to effectively adjust services and make the changes necessary to deliver excellent patient care.

“The key is the willingness to adapt and change. I’m optimistic that as more parts of the NHS see the tangible results that come from modelling, the more we will see a shift to this approach.” 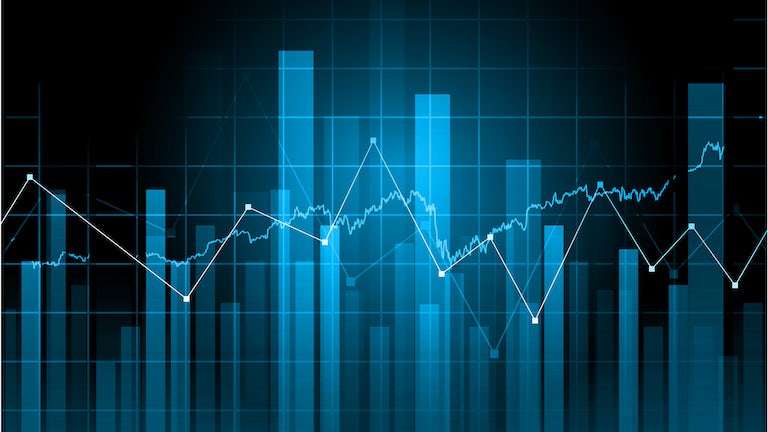 Research at the School of Mathematics

Learn about our internationally recognised research which demonstrates the impact of mathematical sciences on everyday life.

Read more about the team's research.

A Cardiff University project that has helped the NHS to reduce costs, significantly lower hospital admissions and, ultimately, saves lives has been awarded the prestigious Lyn Thomas Impact Medal for 2021 by The Operational Research Society.

Cardiff University has partnered with the Office for National Statistics (ONS) to deliver a range of professional development courses for public sector workers.

A team of researchers at Cardiff University’s School of Mathematics are set to address the development challenges facing emergency medical services in Indonesia after securing £559k in funding.