When Dr Pete Mackie was given the job of researching homelessness legislation in Wales, he knew it was a “once in a generation opportunity.”

In the subsequent months, he led a team of five people to carry out a full review.

“When Welsh Government put out the tender for this piece of research in 2011 and I got it, I knew I was going to give every second of every day for it. That was why I was in the job,” he says.

What followed was a large-scale mixed methods review which engaged widely with the homelessness sector and was the most significant analysis of Wales’s homelessness legislation in more than thirty years.

Research methods to assess the current legislation included collating and analysing unique case-level administrative data on local authority homelessness assistance in Wales, as well as in-depth interviews with people who were working to provide support to those in need. The research also took Welsh Government representatives across the country to workshops with people from all parts of the sector.

“It was a massive undertaking and consumed much of my time, all hours of the day, for many months,” he explains. “But an ambitious and participatory approach was required to ensure we were reflecting the issues and highlighting our collective failings with some of the most disadvantaged people in our society.” 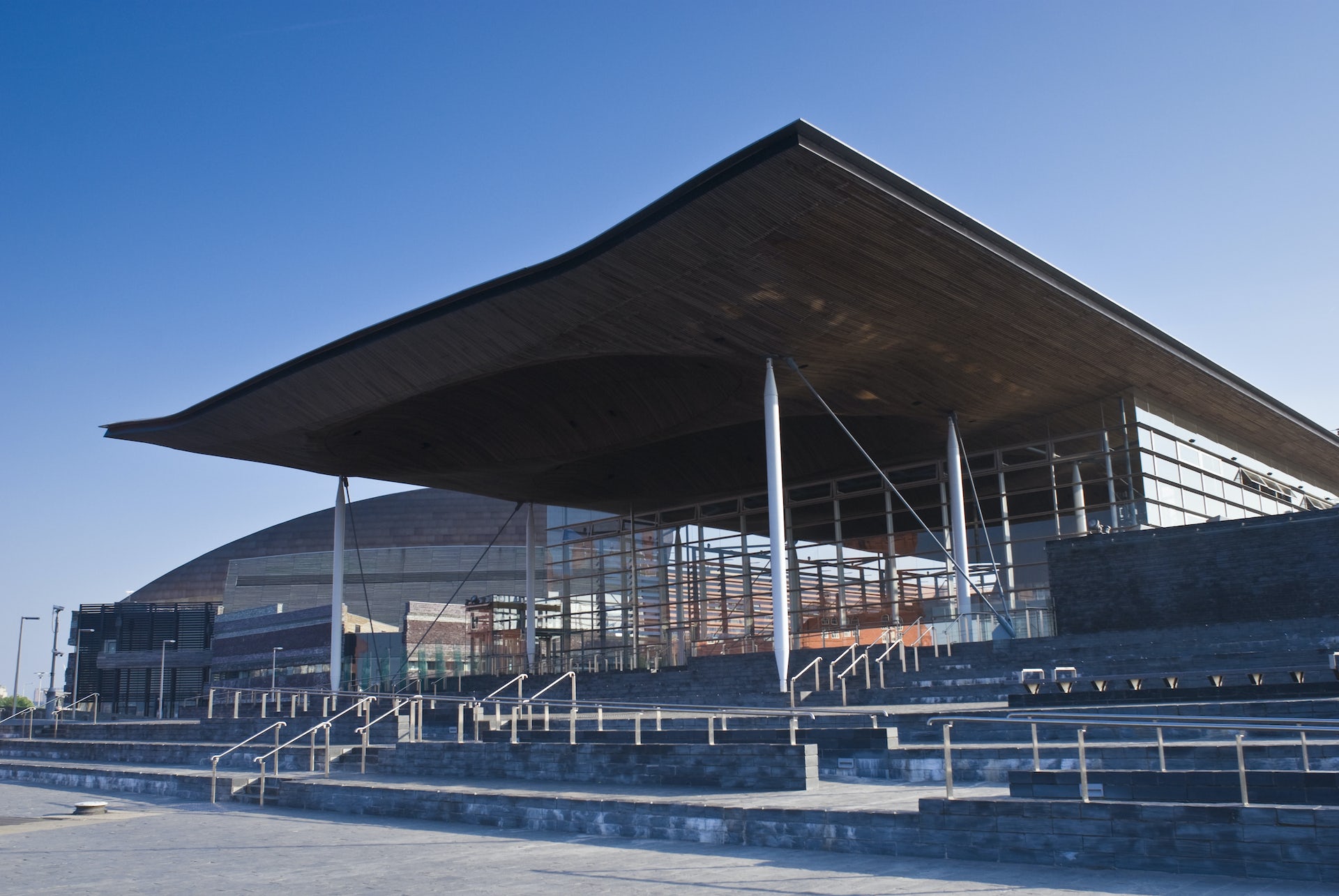 Dr Mackie’s research showed that homelessness legislation in Wales, largely unchanged since 1977, was no longer fit for purpose, as it only required local authorities to assist a minority of homeless people.

He says: “The old legislation was very narrow in its focus. Put simply, it meant that if you were a family in need, you got a house. But if you weren’t a family, you got nothing. That meant a huge number of people were being excluded from any support. And there was very little in the legislation about trying to support people before they got to that stage in the first place.”

The review recommended a universal right to earlier, prevention-focused services with “a new duty for local authorities to take all reasonable steps to achieve a suitable housing solution for all households which are homeless or threatened with homelessness.”

Dr Mackie’s research findings were used in Welsh Government’s 2012 White Paper Homes for Wales. The subsequent Housing (Wales) Act – passed in 2014 and commenced in 2015 – was described by Welsh Government as “the most fundamental reform to homelessness legislation in over 30 years.”

The Act was the world’s first legislation to mandate a right to homelessness prevention, with a new duty for local authorities to “help prevent homelessness… for everyone who is threatened with homelessness or who is homeless.”

The Act contains the key change recommended by Dr Mackie’s review: a duty on local authorities to take “reasonable steps to help” all applicants who are homeless or threatened with homelessness. Previously, local authorities were only required to assist those deemed in priority need for assistance – approximately 54% of homeless people.

Welsh Government statistics show that since the new law came in, more than 36,000 households have been helped before they became homeless. Homelessness has been prevented in 65% of cases, and the number of households who ultimately remain homeless after assistance has reduced by 57%.

“The Welsh Government decided they were going to try and prevent homelessness for everybody. It was real blue-sky thinking and a bold move – a world first,” says Dr Mackie.

“It’s a good piece of law. It could have gone further and there is still work to be done – but it was a huge moment nevertheless.”

The changes in Wales also formed the basis of an overhaul to legislation in England. Homelessness charity Crisis said Dr Mackie’s review directly informed their negotiations with the UK Government on the Homelessness Reduction Act, which was introduced in England in 2018.

Since it commenced, more than 250,000 households in England have been assisted before becoming homeless, and in nearly 60% of these cases, homelessness was prevented. The legislation also reduced the number of households who ultimately remain homeless at the end of the process by approximately 50%.

With a background in Human Geography, his PhD was not related to homelessness, but looked at child labour in Peru. Dr Mackie’s first research job for a private company gave him his initial insight into some of the injustices facing people experiencing homelessness in Wales.

“I was tasked with interviewing people experiencing homelessness as part of a focus group. Speaking to those people about their experiences, the same challenges and injustices kept being raised.”

After finishing his PhD, he became a research officer for Shelter Cymru.

“At the time, it was one of the only research jobs in the third sector. The organisation was quite progressive in understanding the importance of research in its work, and I had the most incredible support from people and an organisation that believes everyone has a right to a home,” he explains.

“It was a busy role – and a lot of that work focused on particularly marginalised vulnerable groups, such as refugees, young people, and it was also around the time of the global financial crisis, so we were hearing about many experiences of people’s homes being repossessed.”

From there, Dr Mackie came to work at the University’s School of Geography and Planning.

“Being able to tap into and draw from the University’s experience and resources means I’ve been able to expand the scale and scope of my research,” he explains, adding that his early days as a researcher remain with him.

“Speaking to people experiencing hardship and understanding their lived experiences was the reason I got into this field. Wherever the research takes me, these people’s stories have to be the centre of what I do. I need the questions I’m asking of big data, of legislation and policies, to be the questions that are important and relevant to them. You can’t ever lose sight of that.”

There may have been significant improvements to the law in England and Wales, but for Dr Mackie, the work continues. During this time, his research has fed into policy discussions in Scotland, Canada, and Australia.

And he has worked with Welsh Government and the third sector to monitor and review the impacts of the improved legislation in Wales. An increase in rough sleeping in 2018 led to a National Assembly for Wales Inquiry. Dr Mackie was one of only two academics called to give evidence, which drew directly on his research findings.

In 2019, the Welsh Minister for Housing and Local Government set up an Action Group to provide a plan on preventing and ending homelessness. Dr Mackie was the only academic invited to sit on the group of 12, chaired by Crisis.

The final report, which was framed around five types of homelessness prevention advanced by Dr Mackie’s research, was published in the same month Wales went into lockdown due to the COVID-19 pandemic.

“It actually came at a really important time and meant the Welsh Government had lots of principles to use as the basis for decision-making around their COVID response towards people sleeping rough. It’s also underpinned their plans to ensure that no-one should be forced to return to the streets post-pandemic,” he says.

He adds: “This journey doesn’t end until we’ve ended homelessness. I realise the focus of this story is on my involvement, but absolutely none of my work is done independently. Collaboration with wonderful colleagues in academia, politics, policy, local government, the third sector, and even the occasional Hollywood actor, is key to achieving our collective goal.”

Academic addresses the National Assembly for Wales’ Inquiry into rough-sleeping in Wales.

Dr Peter Mackie from Cardiff University’s School of Geography and Planning has been nominated for a prestigious social research impact award. 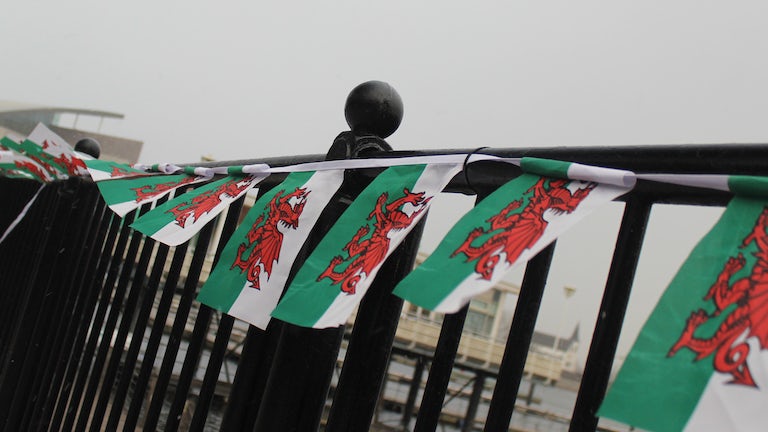 Research at the School of Geography and Planning 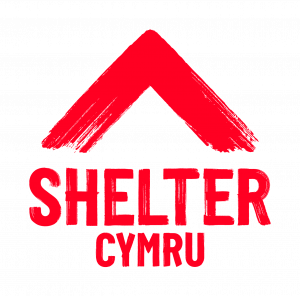