Young artists from Merthyr Tydfil have teamed up with Cardiff University to stage exhibitions of their artworks created to explore their relationships with their community.

An exhibition of film, sculpture and sound entitled Graphic Moves continues at The Riverfront in Newport from 5 June – 28 June 2015. The artworks have been produced by young people from Forsythia Youth Centre and Pen-Y-Dre High School in collaboration with artists, a choreographer and academics from the University. 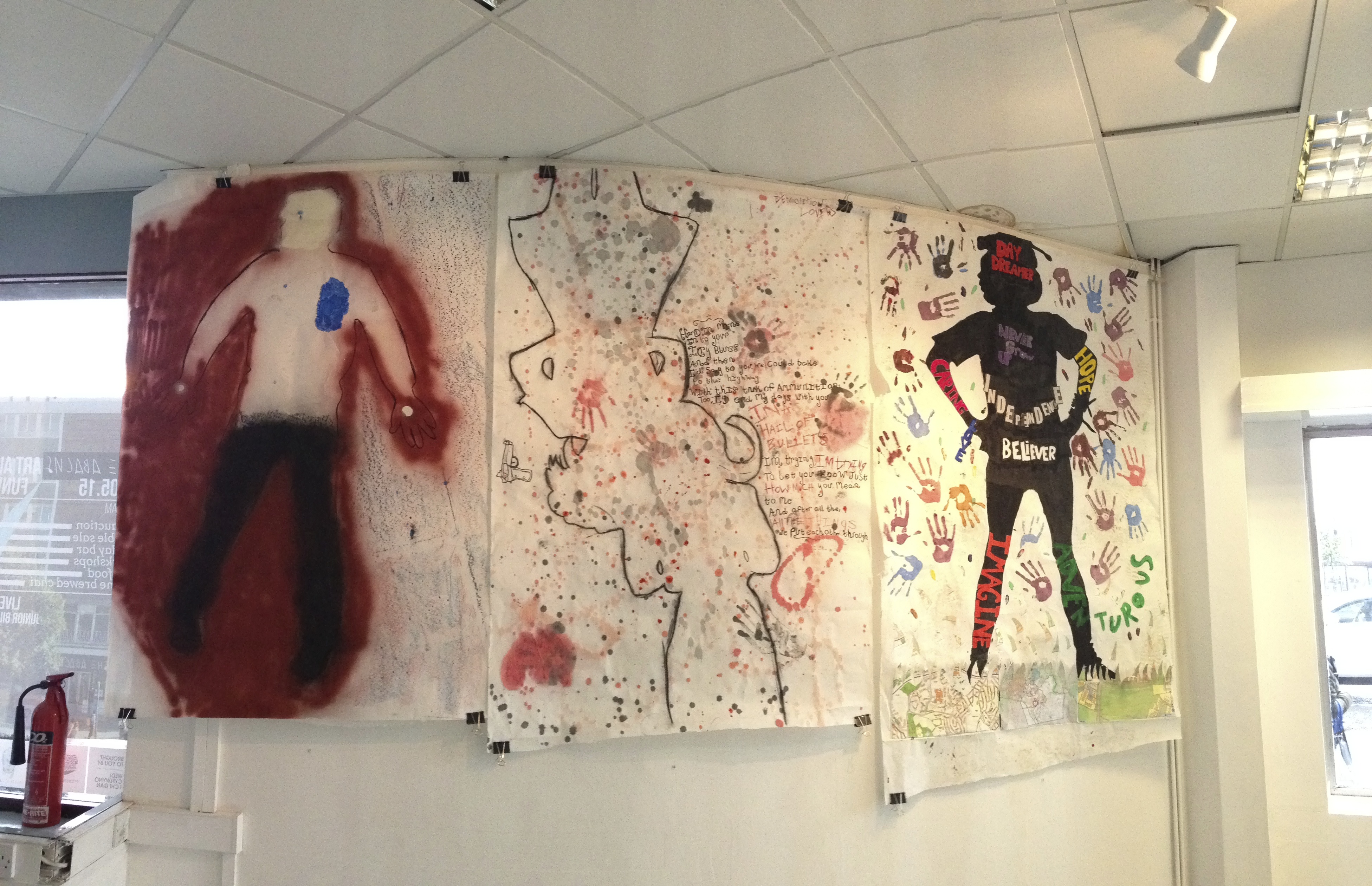 Graphic Moves is part of the Productive Margins programme, an ESRC/AHRC-funded venture bringing together community organisations and social enterprises in Bristol and South Wales. The project also sees collaboration between academics from the University of Bristol, Cardiff University, and the University of Aberdeen. Working with academics, community partners and artists, the Productive Margins programme aims to release the creativity, knowledge and passions of young people - often at the margins of decision-making and power - to co-produce new forms of research, engagement and decision-making.

Dr Gareth M Thomas, a Lecturer in the School of Social Sciences (SOCSI), says of the event: "The exhibitions are a fantastic outlet for young people from Merthyr Tydfil to demonstrate their talents and highlight the relationship that they have with their town and their landscape. It also provides a different perspective of Merthyr which is often subjected to unfair and disparaging portrayals in the wider media. This is one of the first exhibitions of many over the next few months and we're really pleased to be working with young people to draw upon and engage with their collective knowledge, resources and capabilities".

The School of Social Sciences is represented on the Productive Margins programme by Professor Emma Renold, Professor Martin Innes, Dr Eva Elliott, and Dr Gareth M Thomas. The team also includes Professor Gabrielle Ivinson from the University of Aberdeen (but who was previously employed by the Cardiff School of Social Sciences). As part of this project, they have collaborated with artists including Heloise Godfrey-Talbot, Rowan Talbot, Seth Oliver, Jên Angharad, Colum Sanson-Regan, Frank Triggs, and Daniel Jones.

A wider Merthyr-focused art exhibition in partnership with another Connect Communities programme, Representing Communities: developing the creative power of people to improve health and wellbeing, involving people of all ages will take place at The Red House in Merthyr from 16-29 June. The latter exhibition will also be displayed at the local launch of Cardiff University's 'Strong Communities, Healthier People'  Flagship Engagement at the Dowlais Engine House in Merthyr on 2 July.