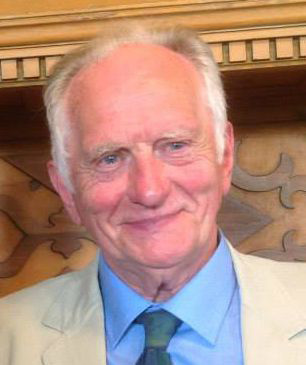 After three years in that post he was appointed Lecturer in Music (later Senior Lecturer) at Swansea University, a post he held for some thirty years. During this time he formed the Swansea Bach Choir, which became recognised as one of the country’s most accomplished chamber choirs, and established the Swansea Bach Week, one of the country’s first international early music festivals.

During this time he was also a member of the Heinrich Schütz Choir and the Monteverdi Choir of London, performing in most European countries, in Israel, Scandinavia and in America. He has conducted several professional orchestras, including the Hanover Band, the Orchestra of the Age of Enlightenment and the BBC Welsh Symphony Orchestra, and has been guest conductor with many amateur and professional choirs including the BBC Singers and the Netherlands Radio Chorus

In 1983 he formed the BBC Welsh Chorus (BBCNOW) and was its Chorus Master for twelve years, conducting several broadcast concerts and collaborating with many distinguished international conductors. He assisted in the formation of the National Youth Choir of Wales in 1984 and was its conductor for three years ending his time with them by directing the annual Bach Memorial Concert at St Thomas Church, Leipzig in July1992.

John teaches singing in the School of Music and directs the University Chamber Choir.