Born in North Wales, Helen studied at the Royal College of Music, London and won many awards including the Young Welsh Singer and Royal Society of Arts Scholarships. 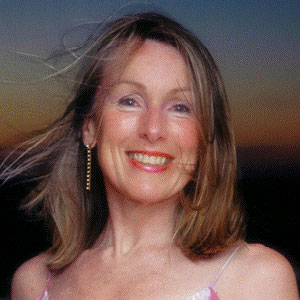 She began her career as a BBC and Purcell Room young recitalist and as a principal artist with Welsh National Opera in roles such as Vixen, Jenufa, Tatyana, Desdemona , Mimi and Butterfly. She went on to sing roles including Donna Anna, Marguerite, Jennifer (Midsummer Marriage), and Daphne in all the major British Opera Houses.

She created the role of “Jo-Anne” in Tippetts “New Year” and Birtwistle`s “The Second Mrs Kong”” for the Glyndebourne Festival and was “Inez de Castro” in James Macmillan`s first Opera.

Her International career has taken her to many of the World`s leading opera houses including,Gilda at the Met, New York, Butterfly at the Deutsch Oper, Governess all over Germany and Holland. She was invited to perform the role of Salome in ROH, Los Angeles, Santa Fe, Germany, Holland, Hong Kong, Canada etc

The Lawrence Olivier Awards nominated her as,”the most outstanding newcomer to opera” and “outstanding achievement of the year in UK” .

On the concert platform, she has sung with all the major orchestras in the country, including the R.Srauss “Four Last Songs” at the London Proms. Her many concerts abroad include Mahler 1V at the opening of the Schauspielhaus in Berlin, at the Leipzig Gewandhaus with Kurt Masur and the “4 Last Songs” with Gunther Wand in Hamburg .

Her many recordings include “Village Romeo and Juliet” and “Osud” with Sir Charles Mackerras, Baroque Arias with the Philharmonia , “Hiawatha” with Bryn Terfel, Rossini`s “Stabat Mater” with Sir Richard Hickox.