Described as “a Brancusi” in the New York Times, “a real showstopper” in the Guardian and “ravishing” in the Financial Times, the critically acclaimed Welsh mezzo soprano Buddug Verona James trained at the Guildhall School of Music and Drama and National Opera Studio. 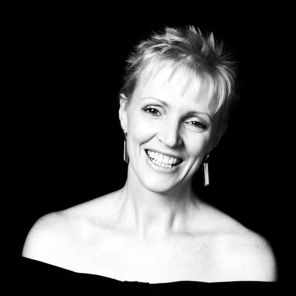 She has also undertaken various acting roles for BBC, HTV, S4C, Theatr Genedlaethol Cymru, Torch Theatre and Theatr peña. Her most recent role was Mrs Ogmore Pritchard in Kevin Allen's new film adaptation of Under Milk Wood, which was the UK entrant for the 2015 Academy Awards.

Buddug’s one-woman shows; Castradiva by Mark Ryan and A Knife at the Opera by Chris Harris have toured to Croatia, Ireland and numerous theatres and festivals in the UK including Edinburgh and Buxton.

Buddug is a Welsh Singers Competition Winner (1986). In 2001 she was honoured with the Druidic White Robe of Gorsedd y Beirdd at the National Eisteddfod of Wales.

A teacher with over 25 years experience, Buddug has a private practice in London, Cardiff and Pembrokeshire, whilst also teaching on the BA Performance course at Canolfan Berfformio Cymru (Performance Centre Wales), affiliated to Trinity St. David University, and at Cardiff University. Her students have sung for all the major opera companies in the UK, and internationally, and have, in recent years, studied at undergraduate and postgraduate level at the RCM, RAM, GSMD, RNCM and NOS.

Buddug assisted Dr Alan Watson, Senior Lecturer at Cardiff University in recording breathing patterns while singing for his book The Biology of Musical Performance and collaborated with him on a paper studying the activity patterns in latissimus dorsi and sternocleidomastoid in classical singers, which was published by Journal of Voice. She is a member of the British Voice Association and the Incorporated Society of Musicians.

Buddug has directed The Pirates of Penzance, Ruddigore, Acis and Galatea, Dido and Aeneas, Orpheus in the Underworld, Hercules and Opera Scenes for RWCMD, for the Welsh Baroque Orchestra Hercules which toured to Croatia, for Menter Rhosygilwen Dido and Aeneas (2010), Carmen (2011) The Marriage of Figaro (2012) which toured to Spain and The Magic Flute (2013), and for WIAV A pocket La Bohème and Opera Scenes (2013). She has conducted masterclasses on technique and interpretation in Russia, Lithuania, Croatia, Germany and the UK and adjudicated at the National Eisteddfod of Wales.