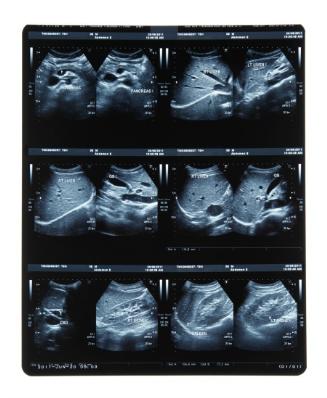 MedaPhor group plc is an established Cardiff University spin-out company, formulated by a team of clinicians and computer scientists, whose aim was to build a world-class ultrasound training company with education excellence at its core. With the support of its commercialisation partner the IP Group (Fusion IP) and our Technology Transfer team, the company has developed and launched a device which addresses the shortfall in qualified sonographers, through the novel application of cutting-edge computer game and animation technology to training methods.

The revolutionary ScanTrainer provides a fast, effective and sophisticated training solution, removing the need for inexperienced trainees to practice their skills in live patient sessions. Instead, there is a hand-held device, similar to a computer game controller and depending on how it is manipulated, this device generates ultrasound images from specific parts of the human body. The virtual environment also allows tasks to be undertaken that closely resemble those carried out during live ultrasound sessions and provides users with immediate feedback on performance.

This has been a multidisciplinary collaboration, with the School of Medicine team initiating the concept for the simulator and designing its educational content to meet national ultrasound training curriculum requirements and a team from the School of Computer Science and Informatics who have worked closely with the company, learning human anatomy and ultrasound methodology along the way in order to develop a unique interactive system using the latest advances in simulation technology.

Since 2007 MedaPhor has raised over £6.7M in investment funding from Fusion IP, Finance Wales, IP Group, Arthurian Life Sciences Fund, Cardiff Capital and founding directors. The company has increased its ScanTrainer range with a new transabdominal simulator, aimed at the large obstetrics and gynaecology, general medical, and emergency medicine markets.

Following the launch of the ScanTrainer in 2010, MedaPhor has established sales across the world, including the UK, Europe, Australia, the Middle East and the US and more recently expanded sales into China, through a major distribution agreement with Tellyes Scientific.With offices in Cardiff and the US, the company now has over 34 employees and has sold over 120 systems into major hospitals worldwide, with sales rising to £1.8M in 2014.

MedaPhor became the third IP Group portfolio company to float on the AIM market of the London Stock Exchange in August 2014, raising £4.7m from institutional investors for its flotation. It currently has a market capitalisation of £10.1m. Net proceeds from going on the AIM will principally be used to expand the global sales network and develop the ScanTrainer platform further within complementary markets.